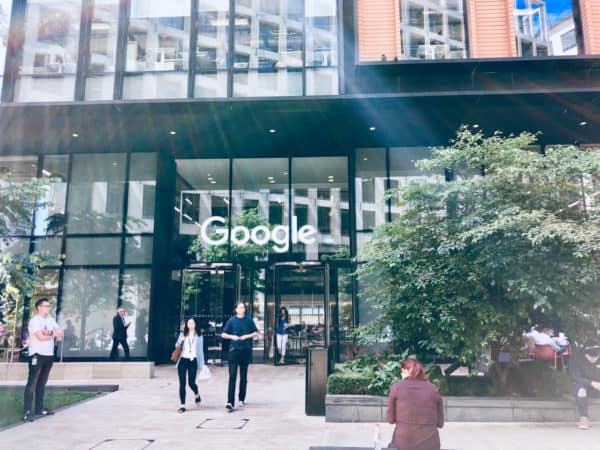 Global tech giant Google is pushing further into Fintech with the revelation of a forthcoming consumer checking service. First reported in WSJ.com, Google is expected to partner-up with Citigroup, along with a small credit union at Stanford University, to provide checking accounts. The project is code-named “Cache.” Checking accounts will be offered in 2020.

Big tech moving into financial services is a natural next step in their evolution of providing a portfolio of digital services. Google already provides payments – holding money in a current account for consumers can offer consumers a better service, perhaps paying higher interest rates than traditional banks. This is just another step in the disaggregation of financial services to become distributed and ubiquitous – available wherever and whenever you need bank.

Apple recently partnered with Goldman Sachs to offer a new spin on the credit card that complements Apple Pay.

This week, Facebook announced its own payment platform that starts in the US but expects to roll out globally.

Google will, of course, have access to the deep data generated by consumers utilizing their banking service. This data can be leveraged to provide other bank-like services such as online lending or investment/brokerage offerings. Importantly, Google says it will not sell consumer data, according to Google executive Caesar Sengupta. But they will certainly keep this information for their own usage.

The challenge in the US is the posture of policymakers and the clout of old banks in lobbying against big tech getting into Fintech. By partnering with Citi, Google should be able to shield some of the parochial political vitriol. It can also piggyback on top of Citi’s bank charter to roll out additional services over time.

All of this is probably good for consumers as additional choice and competition tend to drive prices down while improving services. On the other side of the coin, the US has been slow to empower early-stage Fintechs to challenged entrenched tech like Google. A Fintech Charter provided by the Office of the Comptroller of the Currency could make it easier for agile Fintechs to challenge traditional banks. But then, old finance has fought against that since the concept emerged years ago.