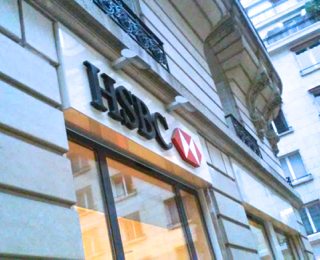 HSBC has been focusing on improving its digital banking platform in order to attract more tech-savvy clients, as the giant financial institution continues to face competition from Fintech firms and new payment services companies.

There are reportedly eight new virtual banks that are expected to launch in Hong Kong in the coming months. The Hong Kong Monetary Authority (HKMA) has quickly established a virtual bank charter process to facilitate the creation of digital-only banks. When applications for virtual bank licenses were opened up in 2018, 29 different entities quickly applied to be approved as a virtual bank.

Hong Kong’s largest financial institution has spent around $2.2 billion on various growth and digital transformation strategies during the first half of 2019, which is notably a 17% increase than last year. This, according to Andrew Connell, global head of partnership development and innovation, retail banking and wealth management at HSBC.

HSBC is the only note-issuing institution in Hong Kong that has not submitted an application for acquiring a virtual bank license. Standard Chartered Bank and Bank of China’s Hong Kong division have established joint initiatives to operate virtual banks.

Although the institution is set to reduce its employee headcount worldwide, it has recruited around 1,000 new staff members for its Asia-Pacific and Hong Kong-based digital technology teams, after Connell joined HSBC five years back.

HSBC recently published a report (“Banking of the Future: Finance in the Digital Age”) that reveals its vision and strategy for tech development, which suggests the institution requires physical branches and new technologies such as artificial intelligence and  robotics.

HSBC currently has around 1,600 robotic devices that handled approximately 11.5 million transactions in 2018, which is notably a tenfold increase from 2017. This helped HSBC to expedite its account opening processes and loan approvals.

According to HSBC’s report, mortgage loans can be approved the same business day in Canada. Previously, the same process took around 22 days to complete as it was being performed manually by humans.

Credit card approvals in Hong Kong can be carried out almost instantly, whereas before it took around six business days.

“AI is an important area for us to invest in. Banking services which adopt AI technology can be quicker and more accurate than through traditional processes. Digital banking services will allow customers to be able to carry out a wide range of banking transactions with no need to go to branches.”

However, he added that physical branches are still needed for more complex financial transactions.