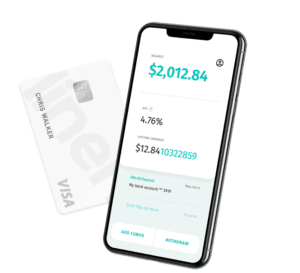 Republic, an investment marketplace offering both traditional securities or more esoteric digital offerings, is powering the “first-ever legally compliant free private equity incentive program or “Sharedrop,” as it is being called. Obviously, the name takes a cue from the widely utilized airdrop feature during the ICO heyday.

Banking Fintech Linen App is offering $300,000 worth of investment in the company using a Simple Agreement for Future Equity (SAFE) to prospective users for downloading and signing up for the app.

Linen is planning to offer a whopping 4.65% APY on assets held via its platform.

“We launched Linen App because we identified a gap between the tech and finance savvy who are able to earn high yield on their cash and stablecoins, and the rest who don’t have easy onramps to blockchain-based lending. We saw an opportunity to create new products such as Linen Cash, which is a high-yield cash management service powered by lending liquidity pools on the Compound protocol, and the Linen Card, a debit card to spend Linen Cash.”

Republic has earned a reputation for thinking outside the securities box while adhering to existing securities law. Republic has created a compliant and easy-to-use Sharedrop tool to provide companies, like Linen, the opportunity to give away private securities to customers and fans for free or in exchange for their contribution to a project.

Previously, Republic hosted the first security Airdrop to retail investors in the U.S.

“Equity can now be used as a flexible engagement and marketing tool like no other,” explained Jed Halfon, a Partner at Republic. “Giving away a piece of the pie and getting fans and users to share in the success of a company is one of the best ways to bootstrap a community and grow the user base.”

Not really. Linen is basically giving you equity in exchange for your time and service. The first task, it seems, is registering for their forthcoming offering and then perhaps downloading the app. I will predict they will put shareholders to work to generate some serious social love.

Republic is the only platform capable of launching these compliant Sharedrops. The thesis is equity and stock options are the most powerful incentive tool in a startup’s toolkit, Republic now lets companies take this tool and face it outwards by giving away incentives to early adopters, key customers, and supporters. Previously, product users and early adopters missed out on the potential upside from their early support.

“Acquiring early users and building trust in consumer fintech is no small task,” said Vitaly Bahachuk, CEO of Linen App. “Just as startups grant early employees stock options, we want to reward our early members with equity and build Linen App together with our community. Imagine being an early user of some of the biggest tech companies and receiving equity – it’s an exclusive opportunity.”

The waitlist for the Linen App Sharedrop is open now.