Earlier today, the UK government announced its selection Andrew Bailey to replace Mark Carney as Governor of the Bank of England. Carney’s departure has long been anticipated and, in fact, he extended his tenure at the Bank to help provide an element of stability in the choppy Brexit environment.

Bailey, currently the CEO of the Financial Conduct Authority (FCA), will step in as the Governor of the Bank of England beginning March 16, 2020, serving an 8-year term. Bailey will be the 121st Governor in the Bank’s 325-year history – one of the longest in the world for a central bank.

Sajid Javid, the Chancellor of the Exchequer, issued the following statement: 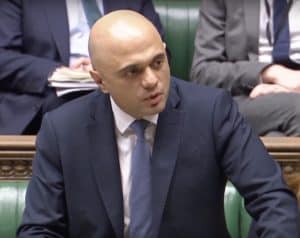 “When we launched this process, we said we were looking for a leader of international standing with expertise across monetary, economic and regulatory matters. In Andrew Bailey that is who we have appointed. Andrew was the stand-out candidate in a competitive field. He is the right person to lead the Bank as we forge a new future outside the EU and level-up opportunity across the country. I also want to take this opportunity to thank Mark Carney for his service as Governor. The intellect, rigour, and leadership he brought to the role during a critical time was a significant contribution to the UK economy moving to recovery and growth.”

Bailey commented on his selection saying it was a tremendous honour to be appointed as the new Governor, especially at such a critical time regarding the separation from the European Union.

“The Bank has a very important job and, as Governor, I will continue the work that Mark Carney has done to ensure that it has the public interest at the heart of everything it does. It is important to me that the Bank continues to work for the public by maintaining monetary and financial stability and ensuring that financial institutions are safe and sound. I am committed to the Bank being an accessible and approachable institution, as well as an open and diverse place to work. I would like to pay tribute to my colleagues at the Financial Conduct Authority for their support during my time as Chief Executive and the excellent work they do.”

Carney said he was delighted with the selection of Bailey as he brings “unparalleled experience,” to the role:

“Andrew is widely and deeply respected for his leadership managing the financial crisis, developing the new regulatory frameworks, and supporting financial innovation to better serve UK households and businesses,” Carney said. “… I benefited greatly from his support and wise counsel. I wish Andrew and the Bank continued success in their work to serve the people of the United Kingdom by maintaining monetary and financial stability.” 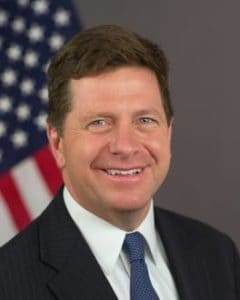 The US Securities and Exchange Commission (SEC) welcomed Bailey to his new position:

“The SEC a deep and constructive relationship with the Bank of England and the UK Financial Conduct Authority that benefits both US and global capital markets,” said Chairman Jay Clayton. ” Mark Carney and Andrew Bailey have led by example and demonstrated a personal commitment to international regulatory cooperation, including through Governor Carney’s leadership of the FSB and Chief Executive Bailey’s myriad contributions to IOSCO and other international regulatory bodies. I look forward to continuing to work collaboratively and productively with Andrew Bailey in his new role as Governor of the Bank of England and offer my profound thanks to Mark Carney for his clear, steady, impactful and forward-looking service to the United Kingdom and our global economy.”

The prominence of the Bank of England was burnished under Carney’s guidance. A Canadian by birth, Carney became known as an eloquent advocate for innovation in financial services. Bailey will have big shoes to fill.

“Andrew Bailey seems an excellent choice due to his previous experience as the FCA’s chief executive. We congratulate Bailey on his appointment and wish him the best of success. The Bank of England has been continuously stressing the importance of innovation in financial services. Fintech has a huge potential to create a more efficient, effective and resilient financial system. That said, new risks to financial stability may emerge as an unwelcome side effect. The outgoing governor Mark Carney has worked strenuously to maintain the UK’s monetary and financial stability. We truly hope that Bailey will continue to drive the BoE’s efforts to stay at the forefront of the Fintech development – all while ensuring a resilient financial system.”