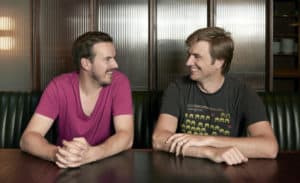 London-based TransferWise, a privately-held Fintech firm that allows private individuals and businesses to send money abroad at affordable and transparent rates, reveals that it is now a community of over 6 million users, which transfers an average of £4 billion (appr. $5.25 billion) every month.

The TransferWise team confirms that it’s getting closer to its goal of facilitating instant payments. Sending funds should be as fast as sending emails, the money transfer service provider says. At the beginning of 2019, 15% of TransferWise transactions were being performed instantly (reportedly within 20 seconds). Today, around 24% of payments are instant.

At the beginning of 2019, 15% of TransferWise transactions were being performed instantly (under 20 seconds). Today, around 24% of payments are instant #Fintech Click to Tweet

The company’s integration with the United Kingdom’s Open Banking API allows people to  send funds directly from their UK bank, instantly. Almost all transfers to Ukraine are now instant, which has been achieved by automating UAH payout.

The TransferWise team reveals that more banks have joined the SEPA Instant network in Europe, which has increased the share of the firm’s instant to EUR transfers. The money transfer service provider has also enabled instant payments to China, by expediting its internal processing of these transactions.

The TransferWise team notes that by the end of December, customers who’re sending payments to Mexico will be able to do so significantly faster. Payouts for transactions valued at less than $980 will be instant for all transfers between private individuals, but TranferWise says it intends to increase this amount in the future. The company’s Pacific team is also reportedly working on making transfers to Australia-based recipients nearly instant.

The money transfer service acknowledges that there are still some areas where it can’t yet deliver instant payments. However, by the end of 2019, the company claims it began settling 21% of those transactions in “less than an hour,” which represents an increase of 17% since December 2018.

“Combined with the percentage of instant transfers, this means that close to half of our customers get their money in less than an hour.”

The company says it has gotten better at estimating the amount of time it takes for users to send money (7% better). Around 72% of TransferWise payments are “delivered on time with accuracy, increasing to 85% as soon as we receive customer’s money,” the company claims.

Many customers know about the company’s price comparison tool. But for some people, transfer speed might be as or more important than price. To show people the “best possible transfer” that suits their particular requirements, the TransferWise team has embedded speed in its comparison tables, which can help people find the cheapest and quickest way to send payments globally.