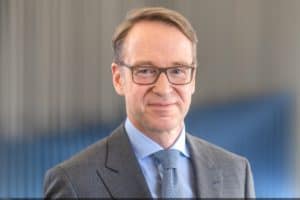 Jens Weidmann, President of Germany’s central bank (Bundesbank) and a governing councilor at the European Central Bank (ECB), told Handelsblatt this week that much needs to be understood before central banks should get into issuing a digital currency like Facebook’s Libra or Bitcoin, commonly referred to as “Central Bank Digital Currencies” or CBDCs.

“First of all, it’s about understanding the positive and negative sides of digital central bank money,” Weidman told the German business news outlet. “Then it can be decided whether it is needed and the risks can be controlled.”

Handelsblatt reporters asked Weidman to address a popular recent narrative that, “Libra threatens to create a private monopoly in the area of ​​digital currencies. So it is legitimate to oppose it with a public monopoly.”

Weidman did not concur that the state’s first response to Libra should be to create a state cryptocurrency.

Instead, he stressed the importance of ensuring competition. “In a market economy, regulation and competition law should first be applied consistently in order to enable fair competition.”

He also said characterizing Facebook’s Libras as a currency may be inaccurate. “I would be careful with the concept of currency. Facebook is planning a digital form of payment, tied to a basket of multiple currencies such as the euro and the US dollar.”

He also said Libra could pose risks to users, “This creates an exchange rate risk for users,” and said the Euro has a track record of being well-managed, “We have stable money with the euro that has proven itself over the past decades.”

Weidman said regulators responded promptly to Libra because, “Payment transactions are a field in which network effects and size play a decisive role.”

In the event of an unregulated roll out of Libra, Facebook would start out with an unprecedented advantage, said Weidman.

“Facebook brings more than two billion possible users,” Weidman said. “This would give Libra the potential to become a dominant player right from the start.”

In March, Augustin Carstens, General Manager at the Bank for International Settlements (BIS), told an audience in Dublin that central banks should not get into the business of issuing a central bank digital currencies or “CBDCs” to the public.

The BIS is the so-called “central bank of central banks.” Weidman also sits on the board there.

Carstens said at the time that cryptographic tokens and ”blockchains” do not outperform current systems. He also said direct central bank involvement in retail banking and lending, traditionally the provinces of private sector banks, would worsen bureaucracy and increase instability.

Castens gave four main reasons why retail CBDCs should not be pursued:

(c) (C)entral banks do not feel compelled to face a major change in the way they conduct monetary policy.

Also, “research and experimentation have so far failed to put forward a convincing case…”

Weidman elaborated on some of the risks of a CBDC in his interview with Handelsblatt:

Weidman also said the Bundesbank is “testing a blockchain as a supplement to the previous central, account-based solution,” but said that, “In our special context with a few business partners we know, the blockchain is initially no more efficient than central processing.”

Weidman did not rule out that blockchain may yield positive features around organizing different and perhaps more complex types of value distribution in the future:

“(Blockchain) enables automatic functions for so-called smart contracts to be built in. For example, the transfer of a security could then trigger a payment.”