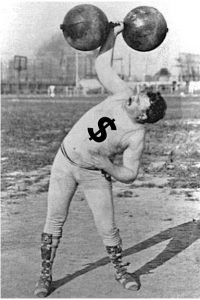 There has been a good amount of discussion regarding Central Bank Digital Currencies (CBDCs) – digital iterations of the Euro, Dollar etc. Many central banks are experimenting with the concept. Another thought-provoking idea is the creation of a “synthetic hegemonic currency” as proposed by the outgoing Bank of England Governor Mark Carney. But in an Op-Ed published today in the FT, IMF Chief Economist Gita Gopinath calls these theories “improbable” in the near term at best.

Gopinath notes the advancement in payment technologies – tech that reduces the friction and affiliated cost in moving money from point A to point B but explains that these improvements will not lead to an inevitable challenge to the US Dollar as the reserve currency of preference. The Euro itself is an example of a challenger to the dollar’s dominance but in its 20-year existence, the currency remains in second place.

“Advances in payment technologies do not address fundamental issues of what it takes to be a global reserve currency. Consider the Euro, which has been the leading contender to replace the dollar over the past 20 years. Its impact on the dollar’s dominance has been modest at best, owing to financial fragmentation, inadequate fiscal risk- sharing, and slow progress on the Euro area’s governance framework. Uncertainty about the long-term stability of the eurozone does not help. It is difficult to imagine how technology would address these issues.”

The US Dollar benefits from the rule of law, solid investor protection, and established institutions that support a market economy and the flow of capital. China’s efforts have fallen even shorter in gaining reserve currency status. “Chinese efforts to internationalise the renminbi have met only limited success despite a policy push and liquidity support through bilateral swaps with more than 30 central banks,” adds Gopinath.

Gopinath is skeptical about the synthetic hegemonic currency as it is unlikely that central banks will coordinate efforts anytime soon. A rather common-sense observation.

Regardless, the policy discussion holds merit, a debate largely engendered by Facebook’s attempt to create a non-sovereign digital currency – a project that now appears to be headed for the digital trash can (in its current form).

Another digital currency idea, pitched by Tommaso Mancini-Griffoli, Deputy Division Chief in the Monetary and Capital Markets Department from the IMF pitched the concept of a “synthetic CBDC”. This synthetic crypto is described as a “form of public-private partnership that bridges the gap between companies seeking to benefit from a digital currency and a central bank that seeks to maintain control of monetary policy.” I wonder if Gopinath and Mancini-Griffoli have debated the policy of creating an sCBDC?