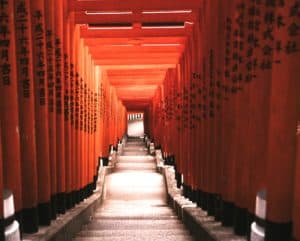 SoftBank, a Japan-based global conglomerate holding firm with over $283 billion in assets, will reportedly be adding another $1 billion this year to its $5 billion Latin America Fund, which was launched last year. The Tokyo-headquartered company added $1.6 billion to the fund in 2019.

SoftBank’s investments in Latin America aim to focus on digital commerce, healthcare projects, Fintech and various other sectors. The conglomerate oversees around 650 companies in the region and intends to allocate anywhere between $100 million to $150 million to finance 17 firms and two VC companies.

“We are focused on investing in companies that could achieve long-term profitability.”

Freire revealed that Argentina, Brazil, Chile, Colombia and Mexico “are in the spotlight,” and that there is no particular amount that SoftBank is planning to invest in each country’s Fintech economy.

SoftBank has made strategic investments into Rappi, a Colombia-based delivery services provider; Brazil’s Gympass, a fitness firm; and Fintech company Uala, which is based in Argentina. Softbank’s expansion into Latin American markets will also focus on investing in artificial intelligence (AI) companies that use the technology to improve standard processes involved in food-related businesses.

Over 50% of the companies that have received investments from the regional fund are from Brazil.

SoftBank’s management also confirmed that it’s focusing its business strategy around two Brazilian firms, one company from Peru and the other from Chile.

The Tokyo-based conglomerate says it will be directing additional investments into VC companies. Last year, Softbank invested $130 million in Kaszek Ventures and secured a $100 million stake in Valor Capital Group.

SoftBank will be working cooperatively with the Correlation One Foundation to offer a comprehensive training course on artificial intelligence.

Latin America’s AlphaCredit aims to raise $125 million via an investment round, which will reportedly be led by SoftBank’s multi-billion-dollar Latin America Fund.

The capital injection from the Japanese conglomerate will allow AlphaCredit to “consolidate its place as one of the leading financial technology platforms” in the area, according to a press release published last month.