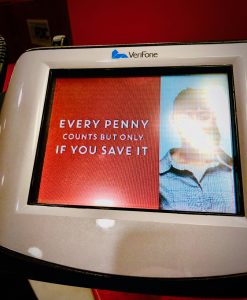 Banking challengers have been introducing innovative financial products in order to compete with traditional banks. Challenger or neobanks attracted $5.2 billion in funding last year, which is more than triple of what they received back in 2018 ($1.6 billion). Italy-based Nexi, a digital bank and payment card processor, had secured (the most) $726 million in total investments in 2018.

South Korea’s NAVER Financial had contributed $683 million in funding to digital banks, meanwhile, Fintech firm Chime had invested $700 million in challenger banks through two different transactions in the US.

As confirmed in the report, Australia, Singapore, and several other global markets awarded several new digital or online banking licenses. Major neobanks such as Revolut and Monzo launched initiatives in new markets across the globe.

Sonali Kulkarni, managing director of Financial Services at Accenture’s India division, stated that there is “a lot brewing” in the $2.6 trillion economy’s Fintech industry, and the steady flow of capital indicates that investors remain confident in the sector’s future growth. The overall increase in the value and number of Fintech deals is a “good indicator of what’s to come and bodes well for the future development of cutting-edge financial technology in the country,” Kulkarni said.

Investments into Fintech projects increased significantly in most large capital markets during 2019. The US and the UK led the way, while rapidly developing economies including Brazil and India also managed to attract substantial investments for Fintech-focused projects. Although considerable investments were made in 2019, the total value of Fintech deals worldwide dropped by 3.7% to $53.3 billion from $55.3 billion back in 2018. A record of $14 billion was invested by Alibaba’s Fintech subsidiary Ant Financial into Fintech initiatives in 2018 and three other billion dollar deals from Chinese firms were finalized in 2018.

The largest amount of US Fintech investments were directed towards lending and payments companies, with each acquiring 26% of the total investments. Meanwhile, insurtech firms attracted 18% of the total capital invested. The nation’s biggest deal was the $1 billion secured by Figure Technologies, a Fintech firm focused on consumer finance.

Fintech investments in the United Kingdom jumped 63%, to $6.3 billion. This is notably about the same as the total capital allocated during 2017 and 2018. Other leading European capital markets also made steady progress, as investments in Germany-based Fintech companies increased by 83% last year, to around $1.5 billion, and fundraising in Sweden surged by over 7x, to $1.3 billion from only around $175 million the previous year.

The total value of Fintech deals finalized in Brazil increased 3x to $1.6 billion, which notably makes the $2.1 trillion economy the fifth-biggest Fintech fundraising jurisdiction in the world. Fintech deals made last year in China declined dramatically by 92% to $1.9 billion.