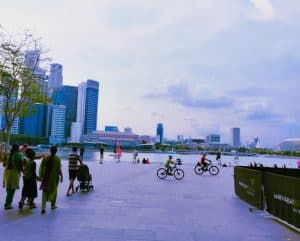 Singapore-based neobank Tonik Financial Pte. Ltd. has acquired $6 million in funding as it plans to officially introduce its services in the Philippines during the third quarter of this year.

Tonik has received seed funding from Fintech venture developer Forum. The digital bank has also been awarded a banking license from the financial regulatory authorities in the Philippines.

The digital bank has worked with London-based Fintech Finastra to develop its cloud-enabled core banking solution, Fusion Essence, and it has also teamed up with NICE Actimize for the development of anti-money laundering (AML) software.

“Over 70% of the adult population in the Philippines remains unbanked, and market research indicates that over 50% of existing bank clients would be keen to switch their deposits to a pure-play digital contender. We look forward to working with our new investors to improve financial inclusion in the country.”