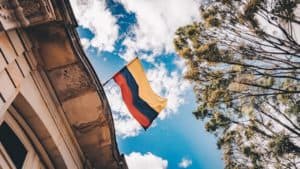 Colombia-based Fintech Puntored confirmed recently that it plans to invest around COP$20 billion (appr. $6 million) into further expanding and strengthening its existing network of 75,000 payment points.

Puntored’s financial services have been developed to make it easier for millions of people to conduct transactions by making it simpler to perform electronic deposits, and send or receive payments online.

Puntored has reportedly received funding from impact investor Adobe Capital, which is a Mexico City-headquartered fund that focuses on making socially-conscious investments across the Latin American (LatAm) region.

Paula Giraldo, investment specialist at Adobe, acknowledged that the Fintech sector has not yet attracted substantial investments from impact funds.

She pointed out that Adobe noticed that, although venture capital firms had heavily invested in Fintech initiatives, there was still a lot of work that needed to be done within the industry. The right funding model could significantly improve and enable greater social inclusion, while promoting economic development of entire communities, Giraldo said.

Puntored aims to help out by offering a network of payment channels which are used to carry out financial transactions.

Poorly designed or outdated financial infrastructure and costly electronic payment methods have forced many Latin American residents to depend on cash transactions.

For people who’ve managed to open a bank account, there’s still a lack of physical ATM locations, so it can be difficult to perform typical day-to-day transactions.

Puntored aims to transform brick-and-mortar shops and various other retail outlets into payment points, which can process transactions more efficiently for individuals and businesses.

The Fintech firm says its business operations are on track to grow by 51% this year. The company plans to add 40,000 new payment points to its network.

Colombia’s La República estimates that Puntored will be processing $9 billion in payments this year.