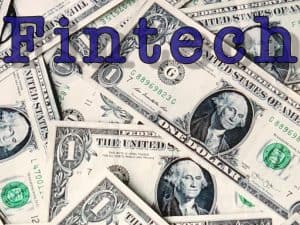 The Accion Quona Inclusion Fund had initially planned to acquire $150 million in capital. The fund will mainly be focusing on Fintech projects and financial organizations based in Latin America, India, and the Southeast Asia region. The firm’s LPs reportedly include commercial and investment banks, family offices, insurance service providers, and university endowments.

Following the fund’s most recent close, Quona Capital’s total assets under management (AUM) are valued at approximately $363 million. The Accion Quona Inclusion Fund has drawn nine major investments during the past year. These include funding for e-commerce firm Ula, online consumer lending service JULO, and end-to-end insurance solution provider Sunday (among others).

“Quona is uniquely positioned as a pioneering scale-up stage venture firm focused on FinTech for inclusion in emerging markets, and we are thrilled to have become one of the most active FinTech investors in emerging markets in a short span of five years.”

The firm’s initial fund was valued at roughly $143 million and made two exits, including a sale of Coins.ph, a Philippines-based payment company, to Gojek and the initial public offering (IPO) of B2B digital commerce firm IndiaMart in 2019.

“We focus on scale-up stage financial technology companies that are expanding access to financial services for underserved consumers and small businesses.”

Michael Schlein, president and CEO at Accion, noted that the fund will aim to fulfill the requirements of firms that may be struggling to acquire capital needed for growth and development.

“Access to a full range of high-quality, affordable financial services is the bedrock that underpins social and economic development, gender equality, resilience and livelihoods. By harnessing the power of the capital markets and the digital technologies that enable better, faster and cheaper ways to meet the needs of the underserved, this fund will serve as a catalyst toward meeting those goals.”