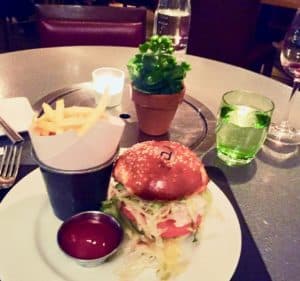 In 2016, Friends & Brgrs, a restaurant group based in Finland, raised capital on Invesdor.

The company sought up to €980,000 at a pre-money valuation of €8.82 million. According to the offering page, 560 investors purchased shares in the small company at €24.50 each. The offering was fully funded.

Today it is being reported that Friends & Brgrs has been acquired at €30 a share representing a 22.5% gain. Not a huge gain over four years. Noho Partners was the acquiring firm and reportedly both large and small investors received the same purchase offer.

According to a report in Helsingin Sanomat, 70% of the shares have been tendered.

The article quotes Lasse Mäkelä, CEO and founder of Invesdor, who emphasizes the high risk of investing in early stage ventures.

“Our message to investors is that about half of companies are likely to go bankrupt. About ten percent are the ones who can make hard profits. ”

Mäkelä advises that only a small portion of your portfolio should be dedicated to crowdfunding early-stage firms and that money should be highly diversified in many securities.