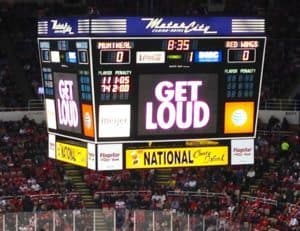 The questions surrounding whether certain crypto assets qualify as financial securities is becoming increasingly important within the blockchain or distributed ledger technology (DLT) sector. There are now several entities within the digital asset sector that are focusing on bringing greater understanding to this pressing issue.

The Crypto Rating Council (CRC), a group of established US-based cryptocurrency-related companies that supports and promotes regulatory clarity in the DLT space, recently reviewed several cryptocurrency platforms, in order to determine whether they can be classified as securities.

As noted in a blog post, published on April 2, 2020 by the CRC, new ratings systems have been developed for three major crypto projects, including Basic Attention Token (BAT), USD Coin (USDC), and IOTA.

The CRC confirmed that it regularly performs reviews and releases comprehensive scores based on new industry developments. The scores are based on CRC’s understanding of available information.

The council said that it has also updated its scores for MakerDAO (MKR), an Ethereum-based decentralized lending system, and Polymath (POLY), a blockchain ecosystem that includes issuers, investors, and developers, in order to ensure that companies are complying with KYC/AML guidelines for issuing securities.

CRC’s ratings tool ranks cryptocurrency projects on a scale of 1 to 5. The highest score (of 5) means that a particular digital asset is most likely a financial security, which may not be issued, sold, or traded by unregulated companies. The CRC’s reports are not officially endorsed by development teams, regulatory authorities, or other third-party entities.

As mentioned on CRC’s crypto asset ratings webpage, the IOTA digital token, which received a score of  2.00, is probably not a security. IOTA ranks among the top-30 digital currencies in terms of market capitalization, despite a recent hack.

The IOTA team noted that the rating should help the initiative gain more credibility.

“With our Crypto Ratings Council rating, we believe the US market and CRC’s partner organizations will feel more comfortable and confident engaging with the IOTA token and protocol.”

The Basic Attention Token (BAT), which is an Ethereum-based digital token that’s used to  power Brave privacy browser’s blockchain-enabled online advertising network, was also given a score of 2.00 by the CRC.

USD Coin, the world’s second-largest stablecoin from Coinbase and Circle, was ranked at 1.00, which suggests that the token is most likely not a security (according to the CRC).

XRP, the third largest crypto asset in terms of market capitalization, is currently facing several lawsuits which allege that the digital token qualifies as a security. Notably, the CRC said last year that XRP is most likely a security. The coin has a 4.00 ranking.

The CRC is a collaboration of several leading crypto companies, which includes Coinbase, Kraken, Bittrex, among others.