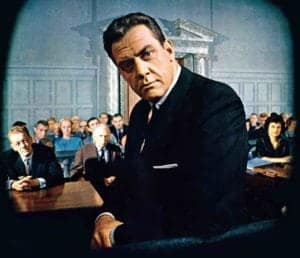 The allegations were filed in the Southern District of New York against four crypto exchanges and seven token issuers who allegedly “offered and sold billions of dollars of unregistered digital tokens and other financial instruments to investors in violation of federal and state securities laws,” according to a press release.

Targets of the lawsuits include:

Kyle Roche, a lead partner on the cases, said cryptocurrencies and other  blockchain-based tech have potential but enthusiasm for crypto like Bitcoin has “spilled over into the market for initial coin offerings (ICOs).”

“The cases allege that exchanges and issuers failed to comply with federal and state securities laws intended to protect investors from unscrupulous behavior in the rush to capitalize on this enthusiasm,” said Roche.

Philippe Selendy, another lead partner engaged with the lawsuit, said that ICOs that make great promises but deny investors critical information on the securities sold.

“Not unlike the mortgage crisis that led to the Great Recession, the alleged pattern of misconduct by exchanges and issuers yielded billions in profits for wrongdoers through a basic betrayal of public trust.  The lawsuits we filed seek to restore integrity and transparency to these new financial markets.”

Ted Normand, a third attorney conducting the lawsuit, said they are invoking laws to help people who invested in risky ventures without sufficient information.

Frequently, lawsuits like this take quite a long time to work their way through the legal process. At times, targets of such lawsuits may be inclined to settle claims as opposed to defending the allegations in an expensive legal battle.

Due to the COVID-19 pandemic, many courts have slowed or halted case activity.

Roche Cyrulnik Freedman and Selendy & Gay currently represent a separate class of cryptocurrency investors in another suit before the Southern District of New York alleging cryptocurrency exchange Bitfinex engaged in a market-manipulation scheme that cost investors hundreds of billions of dollars. Bitfinex is also the target of an investigation by the New York State  Department of Financial Services.