Chatter continues to trickle in that the Payroll Protection Program is floundering a bit during the first few days of the initiative.

The Payroll Protection Program (PPP) is part of the $2 trillion CARES Act – the bailout package addressing the COVID-19 onslaught. The PPP is a $349 billion package that allows SMEs to take out payroll loans with the loans being forgiven at a later date – as long as the business maintains payroll. In effect, free money as the federal government attempts to stave off a total collapse of a once robust economy.

Today, Fundera founder and CEO Jared Hecht, described PPP in a Tweet as “absolute chaos”. Fundera is a Fintech that helps entrepreneurs find debt financing and is participating in facilitating PPP loans.

The Payroll Protection Program is absolute chaos. But today it is our best shot at getting SMBs the capital they need to survive. SMB, and by extension the country, NEEDS it to work. Here are some bits of news and things I learned today about PPP… (1/n)

According to Hecht not only is PPP in chaos but it is relying on “antiquated software that every SBA lender uses” to upload information. The SBA’s E-Tran system crashed for hours today. 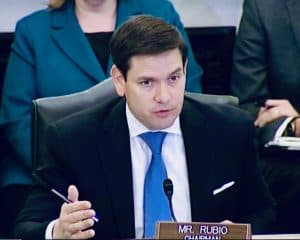 Hecht gives props to Senator Marco Rubio, for recognizing the shortcoming in the process. Rubio is Chair of the US Senate Small Business Committee and thus is well-positioned to deal with broken systems. Rubio stated:

“E-Tran” system used by current SBA lenders remains a major problem. We have asked SBA for more information on who they are using & what their plan is for improving access to E-Tran. This MUST be corrected ASAP.

Hecht adds that the $22 billion number of funding being tossed around is most likely referencing submitted requests and not funds received. “We haven’t heard of a single SMB receiving their PPP loan yet…” states Hecht.

Hecht notes that given the fact the origination fees will add up, he expects banks will pick up the pace and predicts “most large banks won’t diligence the file before submitting to E-Tran.”

Or, alternatively, big banks will ignore following up because it costs too much. That would be a profound policy failure. Hecht recommends SMEs applying for the PPP to reach out to their community bank. Big banks, in his opinion, are too disconnected from their customers. Smaller banks may do better.

29) If I ran a community bank I’d do this. It’s times like this where you realize how hard it is to develop a connection with a big bank. And SMBs need connection, advice and service now more than ever. So SMBs, check out your community bank.