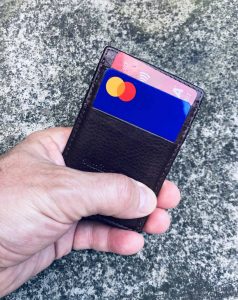 Binance is reportedly preparing to enter a deal that involves acquiring a majority stake in Swipe.io, a platform for buying, selling and spending cryptocurrencies like Bitcoin (BTC), Ether (ETH), and others via the multi-asset Swipe Wallet and Swipe Visa Debit Card.

If the deal goes through, then Binance will be able to offer a branded payments card. According to sources, the deal might be officially confirmed and publicly announced this week.

Binance appears to have been working on launching its own branded payments card since at least March of this year.

The world’s largest crypto-asset exchange had announced that its Binance Card can do “everything a regular payment card does, plus much more.” The card might be issued as a white-label product through Swipe (following the acquisition).

Binance recently performed a major upgrade to its cryptocurrency trading platform, which is now running 10x faster than before, the exchange claims.

In addition to potentially branching out into the payment cards business, Binance recently launched a mining pool and lending services.

Earlier this year, the exchange also acquired CoinMarketCap, the world’s largest cryptocurrency data site – which appears to be displaying inaccurate results after the acquisition.