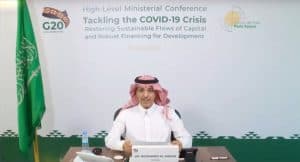 The G20 summit, which will include representatives from 19 different countries and the EU, will be working on laying the groundwork for accepting digital payments. The G20, which is an international forum for world governments and central bank governors, might make changes to the existing rules and policies for performing digital transactions.

The changes might become effective as early as October 2020. Members of the G20 are expected to meet at the Finance Ministerial and Deputies Meetings in Washington DC and also in the Saudi capital of Riyadh in November 2020.

G20 officials introduced various policy changes that appear to have been made in response to China’s progress on developing its central bank digital currency (CBDC). It’s also possible that the G20 wants to create new digital payments guidelines because of the Facebook-led Libra stablecoin initiative.

The People’s Bank of China’s Na­tional Coun­cil for So­cial Se­cu­rity recently revealed that it has finalized the backend design of the nation’s CBDC, which has been under development for well over 5 years now.

The G20 summit was held in Osaka, Japan last year. At the meetings, leaders from the G20 nations had said that decentralized cryptocurrencies were not much of a threat to the existing monetary system, and that technological innovation would actually provide considerable benefits to the global economy.

Interestingly, some G20 members believe stablecoins, which are usually backed with major fiat currencies or commodities like gold, were a serious threat to existing financial regulations and public policies.

Developing proper regulations for conducting digital payments should now be a top priority for the G20 and other world organizations. Businesses and individuals across the globe are struggling to deal with the devastating effects of the Coronavirus outbreak.

Jane Gladstone, the recently appointed president of Promontory Interfinancial Network, has noted that COVID-19 has been the “shot in ther arm” that contactless payments needed. She also said that now it has become unsafe to use paper currency.