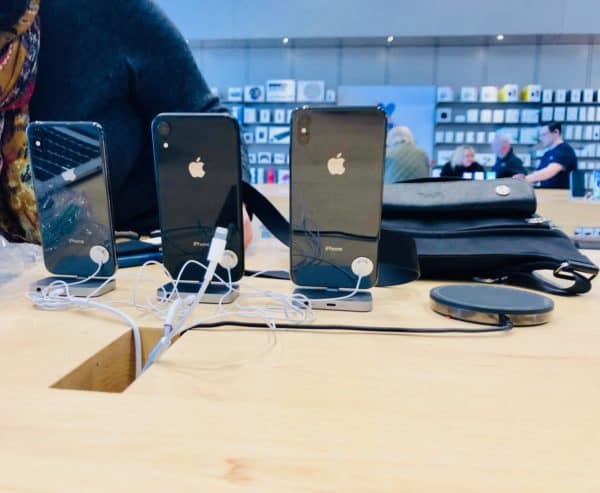 Apple Inc.(NASDAQ: AAPL) has reportedly acquired Mobeewave Inc., a company with technology that aims to transform iPhones into mobile or digital payment terminals, according to sources familiar with the matter.

Mobeewave’s technology allows consumers to simply tap their credit card or mobile phone on another phone in order to complete a payment. As reported by Bloomberg (which cited people familiar with the matter), the system can work with an app and doesn’t need any additional or specialized hardware, except for a standard Near Field Communications (NFC) chip, which have been added to iPhones since 2014.

The Cupertino, California-headquartered tech giant reportedly paid around $100 million for the acquisition. Apple will be retaining Mobeewave’s existing employees. The company will continue to operate out of its Montreal offices, according to sources.

An Apple representative said that the company regularly acquires smaller tech firms and it usually doesn’t talk about the purpose or plans.

Apple often acquires smaller companies so that it can turn their proprietary technology into features of its own products. For instance, Apple launched Apple Pay with the iPhone back in 2014.

Apple Pay lets users pay for physical goods and services with a simple tap at various retail outlets. In 2019, the tech giant introduced its own credit card, the Apple Card.

As noted in the announcement, integrating Mobeewave will allow people with an iPhone to easily accept digital payments without requiring extra hardware.

If and when Apple launches this product, then it would be competing against major payments companies like Jack Dorsey’s Square Inc., a provider of payment hardware and software for mobile devices. Square also offers a lending service – a key area of Fintech. Square Capital offers small business loans from $500 and up to $100,000. As it already has insight into the sales of a merchant, qualifying a lender is fairly simple and loan repayments are automated. While Apple has not indicated any intent to offer loans it would be a fairly simple next step if Mobeewave’s service becomes widely utilized.

Mobeewave’s website shows a demonstration of a customer entering in the amount that needs to be paid and then a customer is shown tapping their credit card on the smartphone in order to settle the payment.

In 2019, Mobeewave had teamed up with Samsung Electronics Co. in order to allow its smartphones to use the technology. Samsung’s venture division has invested in Mobeewave’s operations. Pitchbook data reveals that the startup has secured over $20 million in capital, to date.

Apple has also acquired a weather app, called Dark Sky and NextVR, a virtual-reality content broadcasting firm. The tech giant has also made strategic acquisitions (Voysis, Xnor.ai and Inductiv) to enhance Siri and other AI technologies.

Apple recently reported its third quarter results for the year. The company has notably eclipsed Saudi Aramco to become the world’s most valuable listed company. Apple’s stocks surged on Friday, and managed to significantly outperform the larger market.