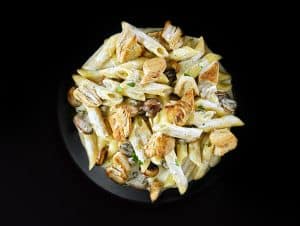 Plant-based meat substitute firm “THIS” is reporting strong interest in its forthcoming securities offering on Seedrs. Several weeks ago, THIS revealed its intent to list a crowdfunded securities offering on Seedrs. The investment opportunity follows a recent VC round where the company raised £4.7 million – This has now raised £5.7 in total from VCs.

According to an email distributed by the Foodtech, the company now has “£20.2m pledged on the upper end, and £6.6m on the lower end (there were bands with an upper and a lower threshold).”

Pre-registered investors will get to participate first in the securities offering later this week. After that, the investment offer will be opened to the public. While specifics of the offering are not yet available, This will be offering a convertible note to investors.

THIS is benefiting from a booming interest in meat replacement firms. Big names like Beyond Meat went public at $25/share and quickly moved higher. Today, Beyond Meat is valued in the billions. Of course, the success of one firm means little for the success of a competitor but it is indicative of the interest in the meat substitute thesis.

THIS says it has grown “obscenely quickly” with their meat substitute now in more than 2000 stores and restaurants in the UK. Recent monthly revenue was pegged at £370,000. Once the offering goes live, more information will be available.