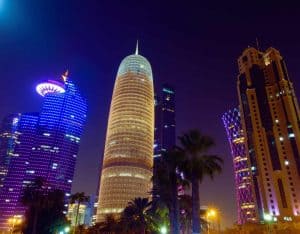 Qatar has substantial capital that has been invested by local entities into the nation’s economy, which is more diversified than most other countries in the Middle East. However, foreign direct investment (FDI) may still serve a key role in developing the nation’s knowledge-based economy and also support an environment driven by technology, according to a report from Big Four auditing firm, PricewaterhouseCoopers (PwC).

In June 2020, the United Nations Conference on Trade and Development (UNCTAD) had revealed that Qatar’s FDI inward stock surpassed $31 billion in 2019.

PwC has noted that Qatar’s economic policies, which includes macroeconomic stability and a pegged currency, are ideal when it comes to supporting local business development initiatives. The country also benefits from its relatively low level of business taxes, which are notably zero for local companies and only 10% for foreign firms.

As reported by the Gulf Times, the government in Qatar is trying to further improve its business environment in many key areas. The World Bank’s “Ease of Doing Business” report has revealed that the country is focused on making reforms in obtaining reliable credit, registering property and electricity or power management.

These reforms can potentially benefit local firms operating in many different sectors, including Fintech. There are certain guidelines and policies focused on supporting Qatar’s knowledge-based economy. Last year, the Qatar Central Bank’s (QCB) governor had noted that the institution will release a Fintech development plan, with regulatory guidelines and standards developed specifically to support innovative projects.

The QCB has also introduced its regulatory sandbox, and has invited businesses interested in establishing their operations to begin testing their products and services (including Fintech firms focused on digital payments).

The Qatar Financial Center (QFC) has said that Fintech will be one of its key areas of focus for ongoing development. PwC noted in its report that the country has introduced new tax laws which may be well-suited for Fintech businesses, while also supporting the country’s transition towards a knowledge-based economy.

As reported recently, Dr. R Seetharaman, the CEO at Doha Bank, says that cooperation between Qatar and Hong Kong in key areas such as digital commerce, supporting startups, and the development of Fintech platforms may strengthen bilateral relations between the two nations.

The Qatar Fintech Hub continues to receive applications, as the nation prepares for a cashless, knowledge-based digital economy.

Yousuf Mohamed al-Jaida, the Chief Executive at Qatar Financial Center, noted last month that the country aims to leverage the potential of the Fintech sector in Bangladesh, India, and Pakistan.