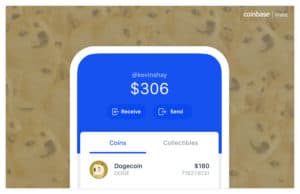 Band Protocol (BAND), a cross-chain data oracle platform that aggregates and connects real-world data and APIs to blockchain based smart contracts, is preparing to launch on Coinbase Pro, a digital asset exchange for professional traders.

The Coinbase team notes that on August 10, 2020, customers can transfer BAND tokens into their Coinbase Pro accounts ahead of trading.

The exchange confirmed that support for BAND tokens will be available in all of the San Francisco-based exchange’s supported jurisdictions. However, traders based in New York State will be excluded, due to regulatory restrictions.

The Coinbase team says that one of the most frequent requests they get from clients is to trade more digital assets via the exchange. The exchange said it may add support for more cryptocurrencies if they meet its listing criteria.

The US based exchange clarified that its Coinbase Pro platform will only be accepting inbound transfers of ERC-20 BAND tokens for now.

“Once sufficient supply of BAND is established on the platform, trading on our BAND-USD, BAND-BTC, BAND-EUR and BAND-GBP order books will launch in four phases, transfer-only, post-only, limit-only and full trading. If at any point one of the new order books does not meet our assessment for a healthy and orderly market, we may keep the book in one state for a longer period of time or suspend trading as per our Trading Rules.”

As noted by its developers, Band Protocol allows blockchain-powered smart contract apps, including those for DeFi services, prediction markets, and games to be developed on-chain without a single point of failure that may be found when working with centralized oracles.

As reported recently Coinbase is considering adding Ampleforth, Blockstack, Hedera Hashgraph, Kava, The Graph, and many other digital assets.

In July 2020, there were reports that Coinbase was planning an IPO.