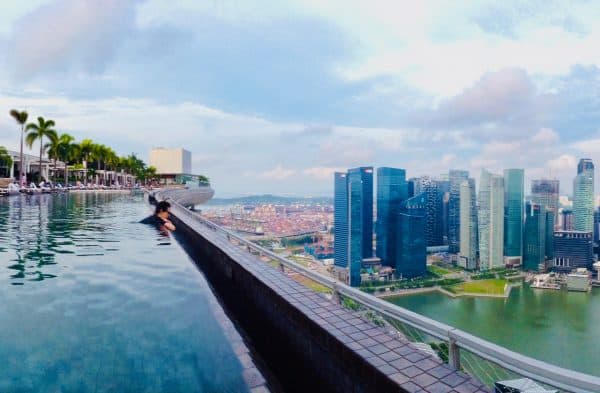 Standard Chartered Plc, a British multinational banking and financial services company with over $700 billion in total assets, is reportedly getting ready to introduce its second all-digital bank in Asian markets.

Standard Chartered will be partnering up with a division of Singapore’s largest labor union, according to BNN Bloomberg which cited sources familiar with the matter.

The London-headquartered banking institution will maintain a majority stake in the new initiative, while the remainder will be held by NTUC Enterprise, a unit of the National Trades Union Congress, which operates 100 supermarket outlets, all based in Singapore (according to sources).

Alex Twigg, co-founder at Australian challenger Judo Bank, has reportedly been hired for the new initiative, which is being referred to as “Project Phoenix.”

Standard Chartered has been focused on expanding its all-digital services in Singapore, in order to compete with similar platforms offered by DBS Group Holdings Ltd. and non-bank challengers such as Grab, which had submitted an application to operate a digital bank earlier this year.

The Monetary Authority of Singapore, the nation’s financial regulator, has confirmed that it will be awarding five digital bank licenses to non-banks in 2020.

Standard Chartered’s management and staff members at NTUC are currently holding discussions regarding the new project, according to the sources, who said there does not yet appear to be a clear timeline for development and the launch.

Standard Chartered and its partners had been awarded a digital bank permit in Hong Kong in 2019. Referred to as Mox Bank Ltd., the digital-only bank is still not completely operational. However, the bank stated in its recent earnings report that a full launch is coming soon.

The MAS will be updating its rules for overseas lenders that maintain a substantial presence in the city-state. Under the new rules, these banks might be allowed to establish digital-only banks, which may become the norm in a post COVID world.

Standard Chartered has also been formally identified as the first Significantly Rooted Foreign Bank. The MAS has said that institutions that meet this criteria may launch their digital bank subsidiaries in Singapore.

As reported recently, MAS has committed $182 million to support innovation and to develop Fintech projects.

The MAS along with the National University of Singapore (NAS) and National Research Foundation (NRF) created a new Fintech focused entity: the Asian Institute of Digital Finance (AIDF) – which is expected to provide thought leadership and strengthen synergies between education, research and entrepreneurship in Fintech.