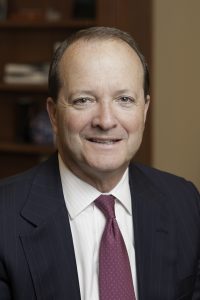 Yieldstreet, an alternative investment platform, has announced that John Siciliano has been appointed by the Board of Directors of the Yieldstreet Prism Fund as the Chairman of the Fund’s Board.  Yieldstreet says that Siciliano will lead the team that has overseen the Fund since its launch in March this year. The Fund’s investment adviser is YieldStreet Management, LLC, a wholly-owned subsidiary of Yieldstreet. Siciliano joined the Fund Board in October 2019 prior to the Fund’s launch.

The Fund allows retail investors to build a fixed-income portfolio spread across multiple asset classes with a single investment. The Fund Board oversees and monitors the Fund.

Siciliano is currently the Chairman of advisory firm Avondale Strategies LLC and is the former CEO of New York Life Asset Management and was Senior Managing Director and Global Strategy Leader in Asset Management at PwC. Siciliano is also an advisor to The Korn Ferry Chief Executive Institute, which guides CEOs and their successors on strategic leadership plans as well as to the University of Southern California Marshall School of Business.

Michael Weisz, founder and President of Yieldstreet, said that Siciliano has one of the sharpest minds on Wall Street:

“… we couldn’t think of a better person to lead our Fund Board,” said Weisz. “When we sought a Chairman, we looked for someone whose judgment, wisdom, and oversight would benefit our investors.”

Siciliano will lead fellow independent board directors including James Jessee and William Riegel.  Jessee is the former President of Distribution for investment manager MFS, serving more than three decades at the firm. Riegel is the former Senior Managing Director and Chief Investment Officer of TIAA Asset Management. The three independent directors are joined on the Fund Board by Yieldstreet founders Michael Weisz and Milind Mehere.

Siciliano said that he was honored to be selected as the Chairman of the Fund Board:

“Yieldstreet and its executive team have an innovative vision for the future of wealth creation,” said Siciliano. “I look forward to helping retail investors prudently gain exposure to diverse asset classes.”