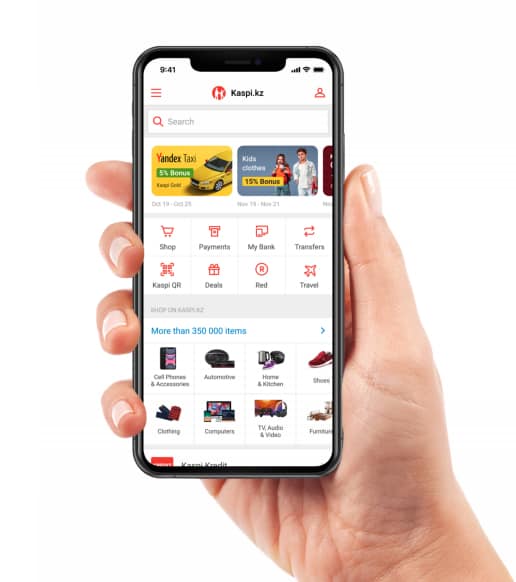 Most of the staff members at Kazakhstan-based Fintech firm Kaspi.kz (LSE:KSPI) have been working from their homes due to the COVID-19 outbreak. The company claims its business has been doing well despite the challenges created by the Coronavirus crisis.

Kaspi provides payment systems and digital commerce solutions. The Fintech company became Kazakhstan’s most valuable firm after it was recently valued at $6.5 billion when listing on the London Stock Exchange (LSE) last month. Kaspi’s listing was notably the UK’s second-largest float in 2020.

The listing had surprised many industry professionals, because Kaspi had experienced challenges earlier when it failed to reach a planned $4 billion valuation in 2019. Georgia-born Mikheil Lomtadze, the CEO at Kaspi, told AFP that the Fintech firm and its investors, which includes Goldman Sachs and Baring Vostok, were not discouraged by some of these setbacks.

“We believe that we have a lot of space for further growth, and we were not in any hurry to do our IPO.”

Lomtadze also mentioned that beyond the Chinese markets, where digital payment platforms such as Alipay and WeChat have become widely-adopted, there are also other fast-growing markets like in Kazakhstan that have seen the adoption of mobile payments.

“We are frontrunners in digitizing the country.”

The COVID-19 pandemic could serve as a test for one of Central Asia’s largest economies, with Kazakhstan’s GDP now expected to contract for the first time in more than 20 years.

Lomtadze noted that Kaspi had initially been launched as a bank in the former Soviet nation  before branching out into peer-to-peer (P2P) payments and digital marketplaces. The firm’s management claims that Kaspi should be able to maintain operations and perform well in a post COVID world.

Kaspi’s active monthly users increased by 70% during H1 2020 when compared to the same time period last year. The company claims 8 million users in a country with a population of only 19 million. Kaspi’s app has reportedly delivered over 60% of all government COVID-related relief payments to eligible residents.

“During these difficult times… we became even more relevant.”

Kaspi has also entered the markets in Azerbaijan, where it has already become a leader in the online marketplaces for automobiles, used items and real estate.

Lomtadze noted that in Azerbaijan, the Fintech-focused firm will begin offering products in the retail sector and then move into peer-to-peer services and banking.