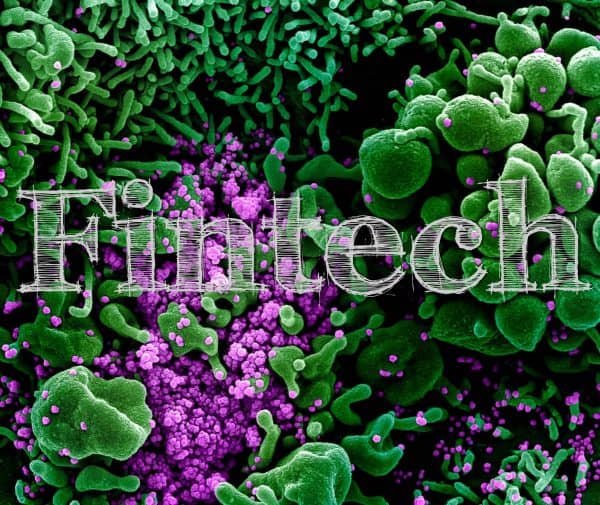 The Cambridge Centre for Alternative Finance (CCAF) released a report this week entitled The Global Covid-19 Fintech Market Rapid Assessment Study. The report seeks to better understand the development of Fintech during a time of a global pandemic. The research was supported by the UK Foreign, Commonwealth and Development Office (FCDO) and the Ministry of Finance of Luxembourg.

Produced in partnership with the World Bank and the World Economic Forum, the study tallied responses from almost 1400 Fintechs around the world. While the results are interesting to anyone engaged in financial services, policymakers and regulators should find the study particularly useful as they look to enable access to services that help consumers and businesses in an economy that is in the midst of a profound digital transformation. 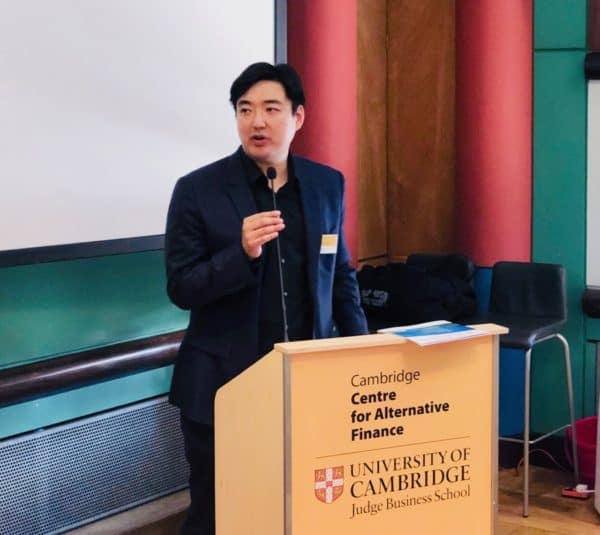 “This study reveals a global Fintech industry that has been largely resilient in spite of COVID-19. Nonetheless, its growth must be interpreted with nuance and in the context of unevenness, and the opportunities for the industry should be juxtaposed with the challenges it faces.”

“Whilst it is encouraging to see the growth reported by Fintechs in the study, there are also cautionary indicators that some firms are suffering a deterioration in their financial position and are concerned over their ability to raise capital in the future,” said Duddridge. “This is something that the Fintech community should be mindful of given the significant economic opportunities that Fintech presents.”

In a public statement by CCAF, the authors noted that 60% of surveyed firms have either launched new products or revamped existing ones. However, the growth is highly uneven and Fintechs are still facing significant headwinds from certain operations as well as fundraising.

Regulation is key. The study states that there is a need for more regulatory and governmental support in light of COVID-19.

Overall, 12 out of 13 Fintech sectors reported year-on-year growth for the first half (H1) in 2020, compared to the same period in 2019, prior to the pandemic. On average, firms reported growth in transaction numbers and volumes of 13% and 11%, respectively. The impact of COVID-19 on market performance was found to be uneven across industry sectors, geographies and depending on the levels of economic development as well as COVID-19 stringency in a given jurisdiction.

The only sector reporting a decline during the period was Digital Lending, which saw an average 8% decrease in transaction volumes.

Growth of Fintech in Emerging Markets or Developing Economies (EMDEs), saw an average increase in transaction numbers and volumes of 15% and 12% year prior. This is compared to 11% and 10% for firms from Advanced Economies (AEs).

Geographically, the highest transaction growth regions were the Middle East & North Africa (MENA) (40%), North America (21%), and Sub-Saharan Africa (21%). This contrasts the 13% transaction growth seen in Latin America and even slower growth in Europe and the Asia-Pacific region.

While growth remains positive, COVID-19 still presents external risks for Fintech firms, as well as the operational and funding challenges. Approximately 40% of firms surveyed indicated that they have either introduced or are in the process of introducing enhanced fraud or security measures as a response to business conditions under the pandemic.

Other operational challenges include a 4% increase in agent or partner downtime and a 6% increase in unsuccessful transactions, queries or access requests. Fintechs also reported a 6% in expenses related to onboarding and a 9% rise in data storage expenditure.

Caroline Freund, World Bank Global Director for Finance, Competitiveness and Innovation, noted that Fintech has shown its potential to close gaps in the delivery of financial service.

Crowdfund Insider had some additional questions after reviewing the report. First and foremost, where does establishment finance stand in all of this. Are they falling behind? Are they keeping pace? 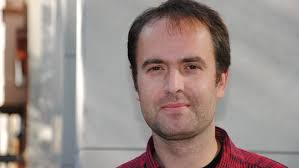 Karsten Wenzlaff, co-author of the Study, and Research Affiliate, CCAF & Alternative Finance Researcher at the University of Hamburg, said:

“Since this study was specifically focused on Fintech activity, we did not capture their data since it was out of scope. However, what we can see is that Fintechs are increasing their collaboration with traditional finance stakeholders and vice versa. COVID-19 has pushed these two groups closer together rather than pushing them further apart. This study, and previous CCAF research, have highlighted the increasing synergies between the traditional and the ’alternative’; and this trend seems to persist.”

The agility of Fintechs has long been a key characteristic in the ability of these firms to quickly pivot and adapt. So is it correct to assume that digital-first finance that iterates quickly is beneficial for both consumers and businesses. Is that correct to assume?

“Yes, I would think so. We see a lot of added functionalities and new tools being experimented with. Our study found that more than two thirds of all Fintechs surveyed had made at least two or more changes to their existing product suite, and around 60% had also introduced or launched at least one new product!  Certainly, COVID-19 has shown that FinTechs are not shielded from large shocks, but at the same time can pivot their processes, terms and products very quickly.

While agility can be beneficial it is always a balancing act when it comes to regulatory requirements. As was noted in the report, Fintechs need more support from policymakers. So are regulators a bottleneck when it comes to change? Are the people in positions of power creating too much regulatory friction? 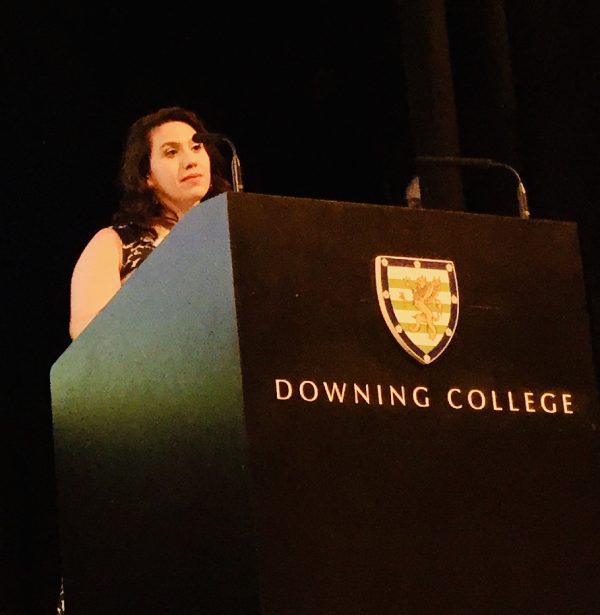 “As shown in the Global COVID-19 Fintech Regulatory Rapid Assessment Study that was conducted in parallel by the CCAF and World Bank, we know that regulators globally are trying to evaluate and implement new tools, such as sandboxes and innovation offices, as well as support core regulatory activities. That said, our market study did find that on balance, most Fintech verticals had not yet received regulatory support. Overall, most firms reported urgently needing ‘faster authorization for new activities’ followed by streamlined product or services approvals, and then those which face client onboarding – simplified CDD, support for remote onboarding, etc. Now, interestingly firms in Emerging Markets tended to already utilise regulatory support more than those in Advanced economies, yet they also reported ‘urgently needing’ support at much higher rates. The study found that nearly half of all firms in EMDEs urgently needed regulatory support, with particular emphasis on faster authorization (just shy of 50%) and streamlined approvals (40%).”

Another challenge is fragmentation. Different firms providing similar services can interact with users, as well as other firms, if there is a consistent rule book to follow. We asked the report authors if any best practices are emerging from around the world and what should policymakers do to manage this challenge.

“… policymakers [must] strike the right balance so that they do not stifle innovation, but at the same time ensure that consumers are protected, and that financial markets remain sound. And precisely the best way to do that is by looking at the risks embedded in the activities that Fintech firms conduct as the guiding principle to determine the level of regulation and supervision that would apply to them. So, rather than a one-size-fits-all approach, the idea is to have a regulatory approach that is tailored to the type of activities conducted and proportionate to the risks they entail. This means, for example, that the approach and regulatory requirements that would apply to a Fintech in the digital payments space would be different than those that apply to an equity crowdfunding platform, because the activities are different and so are the risks.”

Ziegler said that interestingly, the study is not suggesting greater fragmentation of the Fintech industry. Rather, they are observing Fintechs broadening their customer base, and establishing new ways of operating.

“On balance, firms are making changes to their existing products and services, and launching new ones, at fairly high rates. Changes to existing activities tend to focus on how they engage with their existing and new customer base, mostly to make processes easier or to change their pricing structures. Changes to the way that firms processed their fees or positioned their pricing structure were among the top tweaks – in the face of COVID-19 firms have had to be flexible with their payment terms. We also observed firms releasing new services or launching new products. In some cases this was adding new components to existing offerings, and in other cases this was launching totally new streams. Where it relates to the latter, this is where regulators may have to become more reactive, to create faster or more efficient ways for firms to license new products or streamline their approval processes to reflect the increasing demand from new users.”

She added that firms in emerging markets tend to already utilise regulatory support more than those in advanced economies, but they also reported better/faster support at much higher rates.

So what should policymakers do, in general, to encourage innovation while maintaining sufficient protection protocols?

Carvajal said that while the individual measures are country-specific, in general policymakers need to work on two main fronts:

(i) expanding and improving the financial and technological infrastructure of the country, and

(ii) implementing legal and regulatory frameworks that support the delivery of digital financial services, along with the tools to monitor and supervise FinTech activities as appropriate.

“With regard to the latter, it is critical that such frameworks are proportionate to the risks posed by Fintech so that they don’t stifle innovation, but at the same time ensure that risks to consumer protection, integrity and financial stability are well managed,” Carvajal stated.

Ziegler explained that they have seen that Digital Payment firms have been the biggest beneficiaries of the most proactive regulatory support with a focus on e-KYC:

“Despite this, the study did show us that Fintechs, in general, are not yet able to benefit from additional regulatory support, especially as it relates to client onboarding, authorization and licensing for new products, or streamlined approval processes. From the Regulatory study, we found that none of the surveyed Regulators had any plan to stall innovation initiatives, such as Sandboxes or Innovation offices. But what our study really pointed to is that firms aren’t placing an emphasis on regulatory innovation tools, but rather core-regulatory support or supervisory procedures. In order for them to service their clients, their needs relate far more to day-to-day, but highly critical, core regulatory support,” Ziegler explained.

The report may be downloaded here or it is available below.