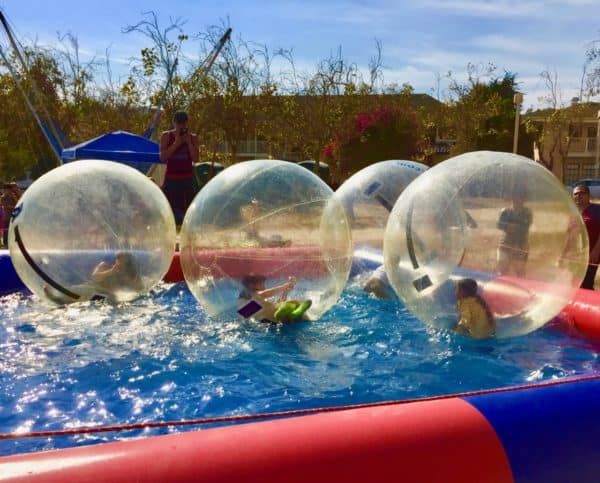 Pinto also said during his interview with CNBC that Fintech challengers are really good at providing “great client experience.” He acknowledged that they’ve been “very good at delivering product fast” and that they’re quite good at “creating an image that is cool.”

While commenting on JPMorgan’s future plans and management, Pinto claims that he sees CEO Jamie Dimon every day, and he “doesn’t look like someone that is about to retire anytime soon.”

Daniel Pinto is currently the Head of JPMorgan Chase’s giant corporate and investment bank.  Pinto’s business division managed to record $49.3 billion in total revenue and $17.1 billion in profit this past year, which is notably more earnings than the institution’s three other units combined. However Pinto, who is one of the deputies of CEO Dimon as co-president of the largest US  bank in terms of total assets, didn’t show signs of being complacent during his conversation with CNBC.

He was actually quite open or candid when discussing the risks that the bank could face from competitors, which includes other traditional banks, tech firms, and established Fintechs such as PayPal (NASDAQ: PYPL) and Square (NYSE: SQ). The two firms have seen their valuations surge during the COVID-19 pandemic as users have been quite reliant on their digital payments platforms and online wallets.

Pinto’s approach is consistent or appropriate for what has been an unprecedented time period which was clearly impossible to predict for anyone. In March 2020, Pinto and his co-president, Gordon Smith, had taken additional responsibilities managing JPMorgan as Dimon was recovering from health issues.

Soon after, the Coronavirus crisis had forced Pinto’s traders and bankers to begin working remotely from home for the first time ever. This was an untested model for Wall Street before the pandemic. Despite these major changes, they’ve managed to take advantage of the unprecedented actions that the Fed and policymakers took in 2020 to stabilize the American  economy and financial system. At present, Congress is focused on President Joe Biden’s plans for yet another massive $1.9 trillion in relief packages.

Responding to a question about what may be driving US stock markets and indexes as they reach all-time highs and what might put an end to the rally, Pinto noted:

“When you have such an extreme infusion of liquidity and fiscal stimulus globally in any market, you’re going to create a situation where, with rates at zero, capital is looking for investments and you’re going to have some overvaluations in certain assets. It’s not just about the growth stocks that did very well through Covid, but also value has broken out. Now there are, with very few exceptions, no sectors that are cheap.”

He added that he believes the stock market will “gradually grind up during the year” and that he doesn’t “see a correction anytime soon, unless the situation changes dramatically.”

“The two risk factors for me are related to Covid. For example, a variant that is not covered by the vaccine. Markets are pricing in a weak economy in the first quarter, and then from the second quarter, helped by stimulus, the economy will do very well and probably you’ll see about 5% growth in the US for 2021. If something derails that, like a complication of the development of the disease, in the short term it will be a bad outcome. In the more medium term, the risk is inflation. At the moment inflation is very controlled, but you never know how this experiment will turn out. So you may encounter inflation at some point. Short of that, we could have mini corrections, but I don’t think that it will be a change in the trend.”

In response to a question about the rise of SPACs, or special purpose acquisition companies, as a potential alternative to regular IPOs (for reference, SPACs helped secure $64 billion in funding, almost as much as traditional IPOs), Pinto stated:

“It’s a reflection of the market: There’s a huge amount of liquidity and not enough assets to buy. SPACs are not new. They’ve been around for 10-plus years. So, why the increase in the number of SPACs? It’s a lot of capital looking to find a place to be invested. The SPAC is no more than another avenue for that.”

While sharing some of the risks when using this approach, he pointed out that the client selection process and simply making sure SPACs are properly structured and have “credible sponsors.” Another risk is if a SPAC “buys the wrong company at the wrong price.” He pointed out that “at the end of the day, if the transaction doesn’t materialize, everyone gets their money back and that’s it.” He revealed that “the last time I checked there was close to a hundred billion dollars of money waiting to be invested to find a target.” He added that “they have two years to do it.”

In January 2021, Jamie had stated that the bank’s management needs to “be scared s—less” about the potential threat from Fintechs. His comments came as PayPal and Square have gained considerable market share and are now worth around $330 billion and $117 billion respectively.

Responding to a question about what the traditional banking sector might be missing and whether the threat was not taken seriously, Pinto remarked:

“I think that the worst thing that you could do for a company is to be dismissive about competition, and then when you realize that you were wrong, it’s way too late. What I tell my team is, let’s work on the assumption that competitors are going to be extremely successful, not that they’re going to fail.”