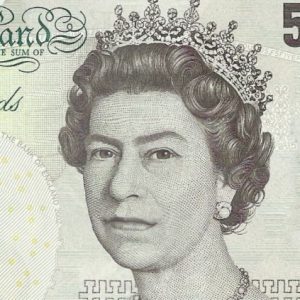 Currencycloud, a cross-border payment platform, notes in a blog post that UK businesses have been struggling to deal with various issues ever since the country voted in 2016 to leave the European Union (EU).

While the agreement reached between the United Kingdom and European Union has not done much for defining the future of financial services, we can be sure that “the days of unrestricted access to the EU market are over,” Currencycloud confirms.

Before Brexit, financial services regulated by the Financial Conduct Authority could trade in any EU member state without requiring a special license for each jurisdiction, Currencycloud added. However, as part of the withdrawal agreement, the UK had to “sacrifice its ‘passport’ to the rest of the bloc,” Currencycloud noted. Subsequently, UK-headquartered companies are no longer allowed to service EU clients unless they have some type of EU coverage, Currencycloud explained.

According to the cross-border payments firm, it’s now the biggest or most significant challenge currently facing UK-based financial services in the post-Brexit environment.

CurrencyCloud points out that the loss of the UK’s passport was “always a possibility.” However,  in the “absence of absolute clarity,” some did not adequately prepare for this kind of outcome and others “left it too late,” Currencycloud added. The company also mentioned that following a “long-drawn-out period of political uncertainty,” the “tardy” conclusion of the Brexit negotiations and the disruption due to COVID, it’s “no surprise many people hoped the passporting problem would somehow disappear,” however, it hasn’t.

If you have not been able to acquire a license from an EEA regulator and you’re still running a business in the EU this year, then you’re “venturing into precarious territory” (as a UK-based business), Currencycloud claims.

Currencycloud pointed out that many brokerages were actually anticipating or expecting that the UK would have to “forego its passport as a condition of Brexit.” One such company is VertoFX. Knowing that the United Kingdom’s exit from the EU was “no longer hypothetical,” the company took a “decisive, proactive approach,” Currencycloud revealed.

“As soon as we knew that it was going to be more of a hard Brexit and that 31st December was going to be sacrosanct, we started thinking through what it would mean for us as a business if we were no longer able to passport across the EU.”

While just around 5% of VertoFX’s business is based in the European Union, it was still essential for them to find an appropriate solution to the passporting issue.

For VertoFX, finding another way to access the EEA wasn’t merely about continuation of service – it was “a strategy for future-proofing the business,” Currencycloud noted.

“Losing our (VertoFX) passport was less of an existential risk than a strategy. We wanted to make sure we were still able to offer our products in this large region where there’s potential to have so many customers.”

To “circumnavigate the looming restrictions,” VertoFX made the decision to onboard with Currencycloud’s Dutch entity, Currencycloud B.V.

In July of last year, Currencycloud managed to acquire an e-money license from the Dutch National Bank. Being regulated in the Netherlands with this type of license “entitles Currencycloud to EU passporting rights,” the company noted. It also mentioned that “in turn, this permits us and our clients to operate unencumbered throughout the EEA, just like we were able to before the UK left the EU.”

As noted in a blog post published by Currencycloud:

“VertoFX already had an established relationship with Currencyloud, having worked with us on FX and payments since 2019. So, when VertoFX discovered they could leverage our regulation outside of their core jurisdiction to continue to provide their services, it ‘made sense’ to transition to Currencycloud B.V.”

Applying for a license from an EEA based regulatory agency had been a possibility for VertoFX, however, it was not really the “most advisable path,” Currencycloud explained.

“Going down the licensing route would mean having some sort of physical presence and, most importantly, staff on the ground. It’s an expensive option … There’s the set-up cost and the licensing cost – and the fact that you’d have to maintain a subsidiary as well.”

As VertoFX learned, the licensing process can be quite costly, time-consuming, “resource-heavy” and also a laborious task for brokerages.

As noted by Currencycloud:

“A license alone roughly costs GBP20,000 to GBP100,000. Depending on the type of license you apply for, you may have to meet an initial capital requirement and you wouldn’t necessarily have authority to operate in all EU states. You would also need to set up a fully operational office with a team senior enough to carry out key business functions.”

VertoFX’s fairly smooth transition to Currencycloud B.V. has allowed the company to keep servicing its EU client base while protecting them from the “disruption” of Brexit.

As noted by Currencycloud, it has “re-opened the door to the rest of the bloc, laid the foundations for expansion and, as Ola asserts, it has given them a competitive advantage – not just now, but in the future.”

“If you haven’t sorted out your EU coverage yet, leveraging the payment services provided by our Dutch entity will offer you these opportunities, too. You’ll benefit from Currencycloud’s regulation without the hassle, complexity and cost of having to apply for your own license. You can continue to service your EU client base, confident that you are compliant. If you’re a smaller brokerage hoping to expand, it’s an opportunity to grow at pace with minimal outlay.”

Ola also mentioned that they realized that they had the option to “leverage” Currencycloud’s regulatory and compliance services to “continue to offer our FX and payments services in Europe.” They did “a bit more research and evaluated all the options available” to them and Currencycloud was “the most reasonable and cost-effective, it was a no-brainer.”

Brokers regulated by the UK’s Financial Conduct Authority only should have “terminated relationships with their EU clients by 31st December 2020.” If you have not done this then, “technically speaking, you’re likely to be in breach of local regulation and risking the resulting penalties,” Currencycloud’s blog post noted.