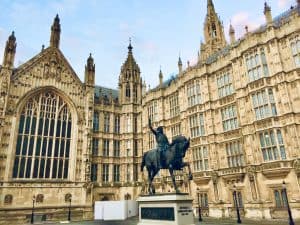 OakNorth has reportedly entered into software deals with US banking institutions Capital One and Fifth Third, according to a report from BI.

OakNorth has managed to onboard two new clients for its credit intelligence product offering. Capital One and Fifth Third Bank will be using OakNorth’s default prediction software. The deals have been announced in an effort to support the firm’s expansion into the US after it finalized a deal with PNC.

Capital One and Fifth Third Bank said they’ll be using OakNorth‘s credit intelligence tools, which are used to assess and analyze the bank’s loan book. This is done to determine which facilities may potentially be at risk for defaulting, according to the report from BI.

OakNorth is mainly focused on supporting two main divisions. In the United Kingdom, the Fintech firm serves as a banking challenger that provides loans from £500,000 to £45 million to small and medium-sized businesses. On an international level, OakNorth provides licensed software to various lending platforms.

OakNorth’s research has estimated that the SME loan sector in the United States is valued at around $1.6 trillion.

OakNorth co-founder Rishi Khosla told Business Insider during an interview that this is a “gamechanger” for them because they went from one bank to three. Khosla claims that this shows that their approach “has legs and is great validation for the business.”

He added that these banking institutions have many resources and tend to think they are capable of handling almost any task by leveraging those resources. He pointed out that the fact that they decided to work with OakNorth for credit intelligence “shows there is something very strong here.”

Notably, OakNorth had secured $390 million in 2018 from SoftBank’s Vision Fund – which was part of its larger $440 million round. In November 2020, Japanese banking institution Sumitomo Mitsui Bank (SMBC) managed to acquire a $30 million stake in OakNorth. The deal came after the sale of a stake in the firm by early investor IndiaBulls.

OakNorth reports that it has been recruiting professionals in the US. It has appointed experienced technology executives Jessica Reiter as its CMO and Anya Darrow is now serving as the firm’s VP of customer success.

Other recent senior management professionals appointed by OakNorth include Peter Grant, who previously headed UK business operations for Saleforce. Grant is now President at the banking challenger, meanwhile, Raj Cherabuddi has been appointed VP of Engineering. Jeremiah Norton and Bruce Richards have taken on Advisory Board roles.