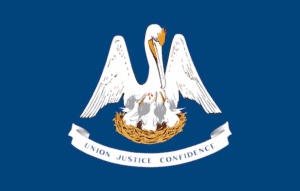 As previously reported, Kin describes itself as an insurtech startup and licensed insurance carrier that is on a mission to fix home insurance through intuitive tech, affordable pricing, and world-class customer service.

The company, which is headquartered in Chicago with an office in Tampa Bay, also serves Florida, Texas, Georgia, and Alabama. Speaking about the expansion into Louisiana, Kin Co-Founder and CEO Sean Harper, stated:

“We’re committed to using technology to make property insurance easier for everyone. But we focused first on regions most impacted by climate change and natural disasters because they need affordable solutions now. Our expansion within Louisiana is proof of our commitment to making real change in the lives of our customers and local real estate owners.”

Kin then noted that the Louisiana landlord policy may cover all sources of damage to the physical structure of the property except those listed as exclusions. It also covers damage to other structures on property such as a garage or shed, personal property such as appliances, personal liability, and fair rental value.

The expansion into Louisiana comes just a couple of months after Kin surpassed $10 billion in total insured property value. Kin reported that it saw a 400% increase in direct written premiums of the fourth quarter of 2020 over the past year. It also saw a 92% renewal acceptance rate. The company also raised $35 million through its Series B investment round, which was led by  Commerce Ventures with participation from Hudson Structured Capital Management Ltd. (doing its reinsurance business as HSCM Bermuda), Flourish Ventures, QED, Alpha Edison, Allegis NL Capital, Avanta Ventures (the venture arm of CSAA Insurance Group), August Capital, the University of Chicago through its Startup Investment Program. Kin secured $47 million in 2019. The latest investment round brings Kin’s total funding to date to $86 million.