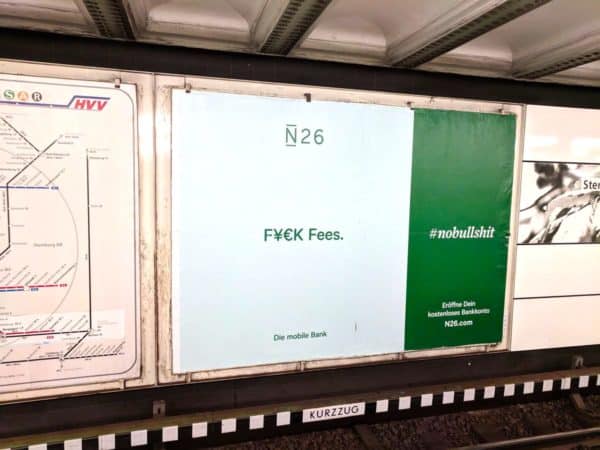 N26, a leading digital bank based in Germany, has garnered additional scrutiny by federal regulators for apparent shortcomings went it comes to anti-money laundering (AML) compliance. Earlier this week it was announced that N26 has been assigned a “special monitor” by the German financial services regulator BaFin.

Two years ago, BaFin filed an order against N26 demanding it prevent money laundering and terrorist financing and to take appropriate internal security measures to guard against abuse.

On Tuesday, May 11, 2021, BaFin issued an order targeting N26 regarding the prevention of money laundering and the appointment of a special representative.

“Specifically, it is ordered that N26 Bank GmbH must remedy deficits in computer monitoring as well as in the identification and verification of customers. Furthermore, N26 Bank GmbH must ensure adequate personnel and technical-organizational equipment to comply with its anti-money laundering obligations. These measures must be implemented within a specified period of time.”

N26 is required to provide continuous reports on progress in implementing change.

BaFin has engendered a fair amount of criticism regarding its handling of the Wirecard scandal. Wirecard collapsed in a spectacular event following the revelation of billions in missing money.  Regulators, as well as certain policymakers, are most likely a bit gun shy following the widespread recriminations by both public and private individuals.

It was reported in March that N26 was seeking to be regulated as a financial holding company – a move that may be a precursor to a public offering of shares but also something that engenders more regulatory scrutiny.

Handelsblatt quoted an N26 representative on the news:

“We recognize that more needs to be done in this area.”

Otherwise, the digital bank has been a bit quiet on the BaFin action.

In January, N26 reported over  7 million individual accounts across 25 markets including over 500,000 customers in the US.