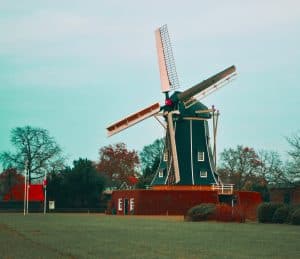 Fraudio, a startup founded by experts from the Dutch payment ecosystem, has reportedly secured  $3.3 million in capital via a seed round.

The Fraudio team claims that they’ve spent two years developing a Cloud native, centralized AI and machine learning payment fraud detection solution for the payments ecosystem. The solution can be used by payment-service-providers (PSPs), acquirers, issuers, processors, card schemes and  large merchants that operate their own checkout or gateway.

The Fraudio team writes in a blog post that their aim is to provide a modern replacement to the first-generation “rules-based” systems or second-generation integration-heavy fraud prediction models that are currently the market standard.

“We worked in the payment industry for many years and became so frustrated with the options available for fraud detection that we decided to build our own solution. In a blind test by the risk department at the PSP and acquirer we were at our solution effectively controlled fraud while causing 40% fewer false positives than one of the top vendors in the world. This was a vendor that charged six figures just for a proof of concept and then took half a year to implement it. We thought, hang on, why should companies make that kind of commitment before knowing if it’s any good? There must be a better way.”

Fraudio says that it aims to offer the latest fraud detection tools by leveraging proprietary and patented AI tech with a robust network effect (supported by its vast dataset of transactions and real-time signals).

Fraudio will provide products that can be accessed from a single platform. They include payment fraud detection solutions; merchant-initiated fraud detection capabilities (for PSPs and acquirers); and money laundering detection tools.

“The long project timelines and the prohibitive costs of testing solutions was identified by Gartner as a major frustration in the industry. We don’t charge customers before they see value from our solution. We do this by offering what we call a proof-of-results free of charge. This allows companies to see the real results of our product in a week or less. Between that and our simple API integration we believe we are offering something really unique and compelling. Our current customers are very happy with the quick integration time and product performance. Current customers include Viva Wallet, Borgun, Novalnet, PagueloFacil and other undisclosed customers in Europe, North America, Latin America and Asia.”

A Viva Wallet representative noted that Fraudio enables them “to detect fraudulent merchants and money laundering, ensuring the safety of [their] clients against Fraud in Payments.”

Fraudio’s investment round has been announced at a time when there’s rising demand for fraud detection tools, as more merchants and consumers move online following the COVID outbreak.

“More than 70% of fraud is caused by organised crime groups. These are sophisticated organisations with their own data scientists developing cutting edge AI solutions that are constantly evolving. Their industry is booming, with some reports indicating payment fraud was up over 600% year-on-year during Covid-19. The old way of doing things is just not working anymore.”

Investors in Fraudio’s round are reportedly the founders of Fintechs Stone and SaltPay, VCs BiG Start Ventures and BYND Venture Capital, as well as the founders of Viva Wallet, ComplyAdvantage and VOLT, and experts from the payments and cybersecurity sectors.