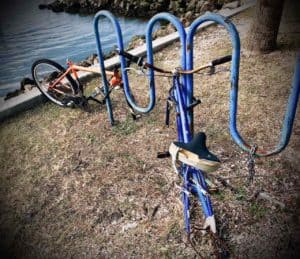 New data released this week by Kaspersky shows even Africa is not immune from cyber attacks.

While not considered a hotbed of financial opportunity, many African countries are seeing attacks at rates similar to the global average of one out of every 10 computers in 2020. Overall, the continent is seeing rates slightly below that 10 per cent figure though in Liberia, Tunisia, Algeria and Morocco they are higher.

“Generally speaking, and based on our research, Africa has the same hit rate as we would see for other parts of the globe when it comes to cyberattacks and activity,” Kaspersky principal security researcher David Emm said. “This only emphasizes the cyber threat landscape truly does incorporate the whole globe where no continent or country is free of this growing danger and where all consumers, businesses and industries alike need to pay attention to effective cybersecurity measures – and especially during the current pandemic and resultant turbulent times.”

In South Africa, Kenya and Nigeria the top malware families are ransomware, financial/banking trojans, and crypto-miner malware. Ransomware attacks in South Africa in the second quarter rose 24 per cent from Q1, while crypto-miner malware use was up 14 per cent. Kenyans and Nigerians saw respective increases of financial and banking trojans of 59 and 32 per cent in Q2.

The COVID-19 pandemic has opened up several new avenues for hackers, the report states

“While the bulk of attacks are still speculative and randomly targeting individuals and businesses, there is a shift happening with the increase of APTs and more strategically targeted based attacks,” Emm explained. “These use continuous, clandestine, and sophisticated hacking techniques to gain access to a system and remain inside for a prolonged period, with potentially destructive consequences. Because of the time and effort required to perpetrate such an attack, these are often levelled at high value targets, such as nation states and large businesses.”

As defense systems evolve, so does malware, Emm said.

“In the beginning, (ransomware) was very random targeting as many people as possible hoping for a relatively small amount of money paid in ransom. During the past five years, there has been a shift with a decline in the number of ransomware families being developed as well as an overall global decline in attacks. However, attackers are now focusing on specific companies and individuals where they can get the maximum benefit. The new approach of ransomware is to expose data, negatively impacting the reputation of a company. To this effect, financial crime has become more sophisticated and organized.”

No surprise, but financial institutions remain top targets in Africa as new fintechs are targeted and quick monetization is prioritized. Financial based malware and cyberattacks are also becoming more targeted and complex.

“In a world where cybercrime remains rife and is only fuelled by aspects like the pandemic, there is never a moment one should not consider the implications of a cyberattack, especially as the cyberthreat landscape evolves and become even more targeted and sophisticated than it was a mere few years ago,” Emm said. “Cybercrime is a business. This means consumers and companies alike must remain vigilant against an increasing attack surface. Not only does this entail a more focused cyber training approach for staff within an organization, but also using the latest technologies that feature artificial intelligence and machine learning for accurate and proactive protection and prevention in real-time.”