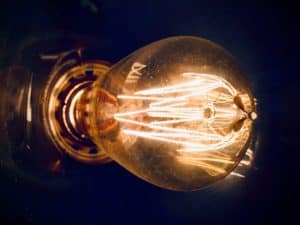 The listing will take place “post the dual IDO on TrustSwap and TrustPad on 8th October and 11th October respectively.”

“Along with this, the program’s tokens, IOEN (ERC-20, listed in the IDO) and IOEC (local community credits) will be used to cover costs and provide incentives so that agents can naturally emerge worldwide and promote microgrid use. By doing this, IOEN hopes to gradually push a paradigm shift that will begin from the grassroots and develop enough over time to make a significant dent in the current energy problems.”

IOEN has also managed to acquire $2.8 million in capital with investor support led by SL2 Capital. IOEN is presently getting ready for its upcoming Initial DEX Offering.

IDOs are a fairly new option for new initiatives and businesses who want to “create a token as they provide superior and immediate liquidity at any price level,” the announcement explained.

After conducting its IDO, IOEN will have its first “centralized exchange listing” on Gate.io on the 14th of October. This event will also be “complemented by decentralized listing of the token on the UniSwap DEX,” the update confirmed.

The organization, IOEN claims to be one of the new set of “green energy” initiatives.

As crypto use increases, the focus is starting to be “on the amount of energy used by blockchains and whether or not they are sustainable.” IOEN’s Holochain-based approach aims to address the energy inefficiencies seen in the blockchain space. It’s also a protocol that has been designed to “enable clean energy resources such as solar and batteries to be used in the most efficient way possible, using incentives based around local grid conditions.”

As mentioned in a release, IOEN serves as the underlying fabric that “unlocks virtual microgrid capabilities.”

By connecting homes in this way, they become “a local, virtual energy microgrid.” Any energy device, whether generation devices like solar panel systems, storage devices like batteries, or consumption devices like household appliances “can be connected within the microgrid network.” Together, they “coordinate energy effectively, creating a secure, reliable, and scalable microgrid that unlocks the opportunity for more renewable energy within the local network,” the announcement explained.