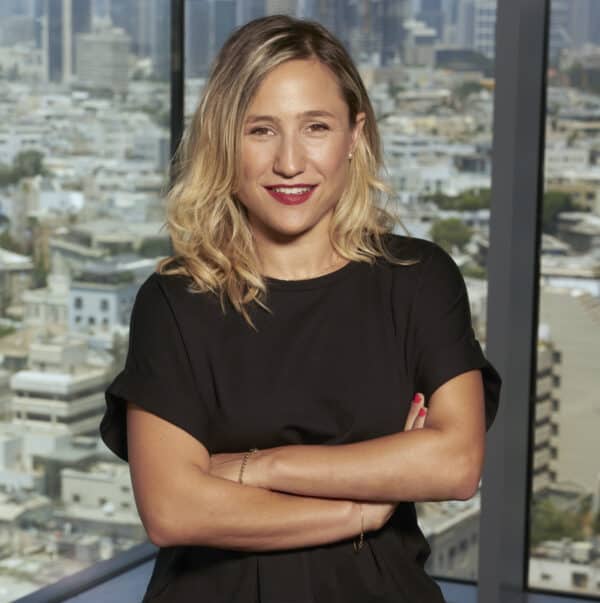 Team8, an Israeli venture group, has a unique recipe for success, its vice president for business development and Fintech Galia Beer Gabel said.

A lawyer by training, Beer Gabel moved into a business development role at PayPal where she worked across such emerging markets as Sub-Saharan Africa, Israel and Eastern Europe. She focused on product innovation and ways services could be adapted to meet the needs of local economies. A highlight of her time there was helping facilitate PayPal’s partnership with M-PESA, which helped Kenyans access global e-commerce by moving funds between the two platforms

After six years, Beer Gabel moved on to Team8, which was founded in 2014 by former commanders of Unit 8200, an elite Israeli intelligence squad. What makes Team8 unique is how it works with companies, she said. Team8 has three divisions: Team8 Enterprise works with entrepreneurs to found companies in AI, cyber and enterprise tech; Team8 Capital leads investments in seed, A, and B rounds. Beer Gabel works at Team8 Fintech, which works with entrepreneurs to co-found financial technology companies.

“We partner with founders and entrepreneurs and figure out ways to build startups which tackle big opportunities while rethinking what type of people, market access, and processes you need in order to build such companies,” she said.

Team8 Fintech’s approach to developing companies is much more deliberate than other venture groups I have spoken with. While founding companies is an inherently unstructured process she admitted, you can still work to avoid the many mistakes commonly seen along the way. For Beer Gabel and the team, it means grouping the right talent with the right people who have the experience and give them the support they need on all different fronts. Team8 Fintech was founded 18 months ago.

“We have about 50 different professionals, domain experts that support the founders and companies with business and tech research, marketing, business development, anything else they need,” Beer Gabel said. “I think the team together brings a wealth of experience in multiple Fintech domains. You have payments e-commerce, banking, neobanking, wealth management and cryptocurrencies.”

Access to seasoned industry players is another essential component. They help the founders with market insights so they build companies that meet actual needs and therefore attract customers. Many of these market advisors become designers, customers, investors in and in some cases acquirers of some of the Team8 companies. Since 2014 Team8 has built 13 companies on the group level from scratch and invested in seven others. Four of those 13 companies have already been acquired.

It’s solid output given the process of identifying opportunities and working with the right people is a painstaking one, Beer Gabel explained. It includes constant conversation with industry participants both in and outside of Team8 to get their thoughts on the marketplace. Once themes emerge, they are extensively validated as the building-out process continues. Team8 Fintech hopes to establish five or six companies over the next four or five years.

The decision to expand into Fintech was made before the onset of COVID-19, Beer Gabel said, though the conditions accelerated by the pandemic provided the perfect environment in which to develop companies in this sector.

“It was true before the pandemic and even truer today,” Beer Gabel said. “Everything is being accelerated in terms of digitalization and consumer expectations for more personalization.”

Add to the mix regulators keen on driving competition post-2008 and technology which allows companies to leverage data in order to offer better services and you have an environment conducive for growth, she added. These factors have contributed to the trend of companies, some of whom are even outside finance, racing to integrate financial products and services into their platform. The circumstance is redefining what it means to be a Fintech company, Beer Gabel said.

There are now three types of financial companies, she noted. There are the traditional ones and startups, but the third is becoming increasingly relevant. Non-traditional financial services firms are well-positioned to capture significant market share. Beer Gabel said she believes all three categories will endure through their eventual roles could change.

There are now three types of financial companies, she noted. There are the traditional ones and startups, but the third is becoming increasingly relevant. Non-traditional financial services firms are well-positioned to capture significant market share Click to Tweet

Team8 can help all three, Beer Gabel added. For traditional players, it’s crossing the digitalization bridge and providing a greater level of personalization and help as they adopt the technology needed to meet customer expectations. With Fintechs it is extending its value proposition and building companies that help increase that value through the re-bundling of financial services. Team8 can also empower non-traditional firms with large user bases who are looking for Fintech to generate both data and additional revenue.

Those processes highlight an interesting shift that has occurred over Fintech’s first decade. The initial wave was all about stripping down the financial experience of the bank into small parts where startups focused on improving the overall experience. Now it’s time to grow yet customer acquisition is expensive and retention is even more costly. That leaves re-bundling and adding services to retain customers and market relevancy.

As much of our activity has migrated online over the past two years, it means a bountiful harvest of data is being generated, and that is feeding an e-commerce boom, Beer Gabel said. As the mover of funds, e-commerce is key to Fintech’s growth and there is currently plenty of opportunity in the space. Large companies not normally associated with finance like Walmart and Shopify are gradually increasing their financial offerings, to the point that in Shopify’s case they make more money from financial services than their own core proposition, Beer Gabel said.

The reverse is also happening where Fintechs are also becoming e-commerce providers through the buy now, pay later boom, she added. Many companies are now offering e-commerce options on their websites and apps.

Companies would be wise to look to PayPal’s model as they seek to grow, Beer Gabel suggested. They grew thanks to their link with eBay. As the world spends more time on social media, those companies need to find ways to keep users on their sites and offering a blend of e-commerce and search is a goldmine.

“It makes a whole lot of sense for them to incorporate the e-commerce experience directly into their social media platforms,” Beer Gabel said, while adding she believes Google is extremely well-positioned to capitalize on this opportunity due to its dominance in search.

Given Beer Gabel’s experience with emerging markets and Fintech, I had to get her thoughts about how Fintechs can help people in those regions leapfrog generations of development. She believes Fintech will continue to be a fantastic accelerator. Look to Asia where Fintechs dominate the market. Telcos can offer a full suite of financial services because while many folks don’t have access to traditional financial services, they all have a phone. They don’t need a bank account to be able to send and receive money or engage in other services when mobile apps can do it just as well.

Look to Asia where Fintechs dominate the market. Telcos can offer a full suite of financial services because while many folks don’t have access to traditional financial services, they all have a phone. They don’t need a bank account to be able to send and receive money or engage in other services when mobile apps can do it just as well Click to Tweet

This migration in behavior is an excellent business opportunity, as those mobile app users will generate oceans of data and provide the information needed to underwrite thin-file customers and provide them with new access to products and services.

“I think social commerce holds fantastic promise in that it’s a win-win situation,” Beer Gabel said. “In one sense sellers have the ability to leverage social media knowledge of the consumers and approach their customers in a much more accurate manner which translates into higher conversion. At the end of the day it’s about keeping users on their own platform and not losing them to another website. Collect the data which is extremely valuable in closing the loop to understand their customers.”

That blend of e-commerce and Fintech will continue to be an exciting one in the years ahead, Beer Gabel concluded.

“If you look at Fintech and the e-commerce industry the dominant players, kind of the whole structure of the industry is changing very rapidly. It’s a very interesting field and the one thing we are seeing is that social media platforms, Google, et cetera, they already have the consumer. The side they don’t have is the seller.”