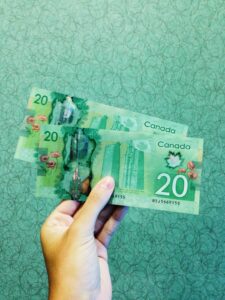 Even though there has been considerable economic uncertainty due to the COVID-19 outbreak, recent data from Payments Canada reveals that the nation’s residents feel that the worst might be behind them and are fairly optimistic regarding their financial wellbeing.

Although 56% stated that they spend less overall now since the Coronavirus crisis (consistent with data 6 months back at 58%), almost one in three (29%) think they will be better off financially a year (or 12 months) from now and 36% think that the Canadian economy will be doing better a year from now. Another 56% of Canadians say they should be in a similar financial situation in a year, and 37% think the economy will be about the same a year from today.

“While spending levels remain low, the new data infers that Canadians see a light at the end of the tunnel in terms of their financial well-being. Now, around 18 months since a state of emergency was declared in Canada, we continue to see the prevalence of a number of pandemic fuelled payments trends. At the core, Canadians’ concerns around the physical handling of cash and payments terminals has catapulted a shift towards digital and contactless payment preferences. We are also seeing increases in e-commerce use. While the pandemic may have accelerated these trends, the reality is that payments innovation continues to change the way we make transactions.”

The study offers a moment-in-time perspective on Canadian spending behaviors when compared to pre-COVID, and serves as a follow-up to previous study waves in May, September and December of last year.

The updated data points to the continuation of several ket payment trends observed last year, including the following:

Ongoing shift towards greater preference for contactless and digital transactions

Although spending may be down overall, Canadians consumers still prefer cards and digital transfers

Considerable increase in spend on food and delivery services continues

Generally, 46% of Canada residents are tipping more than they used to, wjhen compared to 40% six months prior.

Assuming they had the option or ability to make payments from a wearable device like a watch, fitness tracker or ring, 65% of Canadian consumers stated that they would be using them either the same or more since the onset of the COVID-19 outbreak.