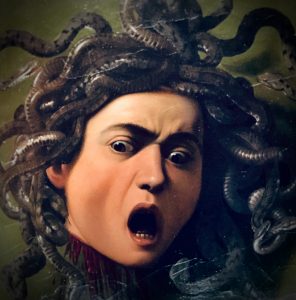 Mastercard (NYSE: MA) writes in a blog post that the last time you may have been asked to provide your birth certificate, you probably rolled your eyes and thought, “We’re still doing that?”

Mastercard also notes that even as much of the world has moved online, “proving who we are is often still an analog process that involves showing your government-issued records, remembering passwords and security questions, or filling out CAPTCHAs.”

The payments giant adds that digital identity, which has the “potential to change these processes,” is the ability to authenticate who we really are in an online environment safely and seamlessly – and the tools and services that “make it happen.”

Mastercard points out that this can make it “easier to navigate the digital world, reduce the costs to buy and sell online, and help people who lack formal proof of their identity access essential services, powering economic gains across the globe.”

As noted by Mastercard, some countries, firms and organizations have started adopting digital identity services “to make this happen.”

Mastercard further explained that the basic building blocks of our digital identity “exist online already.” However, establishing your identity with each provider — “or even for each interaction — is inconvenient and time-consuming.” The typical person now “manages 100 digital logins, each with its own kind of credentials,” the payments firm revealed.

The COVID-19 pandemic has “accelerated the shift to digital, deepening the need to prove who we are online — when we’re opening a new account at an online retailer, taking a test virtually, or checking in for a doctor’s appointment.”

Mastercard also mentioned that it is “an annoyance at best.” At worst, sharing personal data online can “expose us to identity fraud, which is on the rise,” the company noted. In the U.S. alone, 49 million people “fell victim to identity fraud in 2020, costing them about $56 billion, one study showed,” the update from Mastercard revealed.

As stated in a blog post by the payments firm, the threat could “get even worse, as the Internet of Things leads to billions of devices in the coming years, each of them a connection that may require some form of verification that could also present a security issue.”

Mastercard also mentioned that your digital identity may include traditional forms of your ID that you might have scanned and downloaded online, “like a digital version of your driver’s license, but it also could include an array of data unique to you — from your physical biometrics, such as a live selfie, to the dynamic information associated with your devices, such as your IP address and location, to behavioral signatures, such as the way you hold your phone or how fast your type your name.”

All these data points may be packaged to “let you verify who you are and to easily authenticate yourself whenever you access a digital service or account,” the company noted.

They also mentioned that Australia’s Deakin University had been looking at a digital identity program for its students when the Coronavirus crisis “forced schools to shut down.” Officials needed a way to reliably verify the identity of students taking exams remotely so Deakin students “set up their digital identity with Australia Post’s Digital iD app.”

Mastercard also noted that when they logged into their exam portal, a QR code was “generated that opened the app, where students then gave permission to share certain details using Mastercard’s integrated secure ID service to verify themselves.”

According to Mastercard, the benefits of a digital identity service include “faster, streamlined access to your online life without unnecessarily sharing personal data.””

The company pointed out that you may use a digital identity service to “purchase an age-restricted product without showing your date of birth, or rent a car without having to share your driver’s license number.”

As noted by Mastercard:

“Using digital identity, government agencies could cut down on fraud and streamline how they provide their citizens with digital services, such as government aid or small business loans. Health care providers would be able to share data on their patients much faster in medical situations where time is of the essence.”

The company added that for many people, the ability to physically document their names, addresses, birthplaces and the like “may be even more difficult, if not impossible — and it can shut them out of the digital economy or prevent them from accessing basic services.”

Without an “easily confirmed” identity, people have trouble “getting a bank account or a mobile phone SIM card,” the firm noted.

“For these billion people, the lack of easy verification inhibits both personal financial security and stunts economic development in their communities. They “are effectively invisible to providers of services and face a fundamental barrier to meaningful participation in their society and economy,” according to the World Bank’s Identification for Development program. They are cut off from the things many people take for granted, like the ability to open a business or enroll in school.”

While commenting on what’s holding digital identity back, Mastercard shared:

“To some extent, this is already happening. Biometric identification such as our fingerprints and faces already helps us to secure our phones and confirm access to many services, and will likely provide the basis for initially establishing a standardized digital identity.”

Research reveals that consumers do not want to trade their privacy and control over their data for convenience, and that “9 out of 10 would trust a company that commits to data responsibility principles.” That indicates that the services that will “gain traction are those with foundational commitments to privacy and their consumers owning and maintaining control of their identity.”

“And this is likely to be bolstered by regulation: The European Union, the U.S. and other countries are beginning to establish regulatory frameworks around digital identity — not only to ensure the technology can be widely used but to safeguard privacy for consumers. Critically, they can also establish that consumers will have control over their data, with whom they share it and for what purposes. It would make proving who we are easier, but also protect us and our data at the same time.”