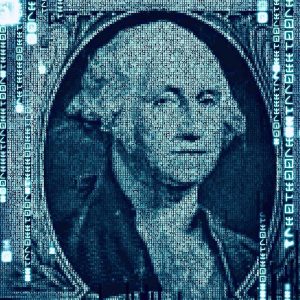 Central Bank Digital Currency (CBDC) is a hot policy topic in the US as well as the rest of the world. Many developed countries are reviewing the potential as well as the potential pitfalls for a CBDC. China is already testing a digital yuan live and in the wild. The US Federal Reserve is actively researching the possibility for a digital dollar but there is no definitive decision as to whether or not the US should pursue a CBDC.

The Republicans are of the opinion that the public sector should lead the way.

To quote the Working Group Members:

“This is a pivotal moment in the conversation around the growing role of financial technology in our everyday lives. As we consider how issuing a U.S. Central Bank Digital Currency may fit into this 21st-century landscape, it is critical that lawmakers fully understand both the potential costs and benefits. That is why Financial Services Committee Republicans have crafted principles to ensure the discussion is focused on whether a Fed-issued digital currency addresses a problem, rather than creating one. First and foremost, the U.S. dollar and payment system must remain the best in the world. To accomplish this goal, we must not stifle private sector innovation and competition. The ball is in Congress’ court—as the Federal Reserve cannot issue a digital currency without Congressional authority—and Republicans will continue to fully assess how a Fed-issued digital currency could impact our nation’s competitiveness and our financial system.”

The CBDC Principles are as follows:

Stablecoins
Stablecoins hold promise as a potential cornerstone of a modern payment system, if issued under a clear regulatory framework.

If Congress contemplates authorizing the use of a Fed-issued digital currency, it should not impede the development and utilization of stablecoins, both those currently in circulation and those yet to be developed.

Private Sector Must Lead the Way
Digital currency policies must promote private sector innovation and foster competition to ensure the United States maintains the world’s leading payment system. Congress and regulators should recognize the unique nature of these innovations and establish a regulatory framework that targets the activity and not the technology.

Overly burdensome policies will diminish the potential gains to our financial system and put the U.S. at a disadvantage among our international competitors and allies alike.

Recent comments by federal regulators appear to indicate that stablecoins must be more tightly regulated with some being deemed to be securities.  While Congressional legislation may be the next logical step, in all likelihood a CBDC/Stablecoin bill may take some time leaving regulators to act on their own in a policy vacuum.