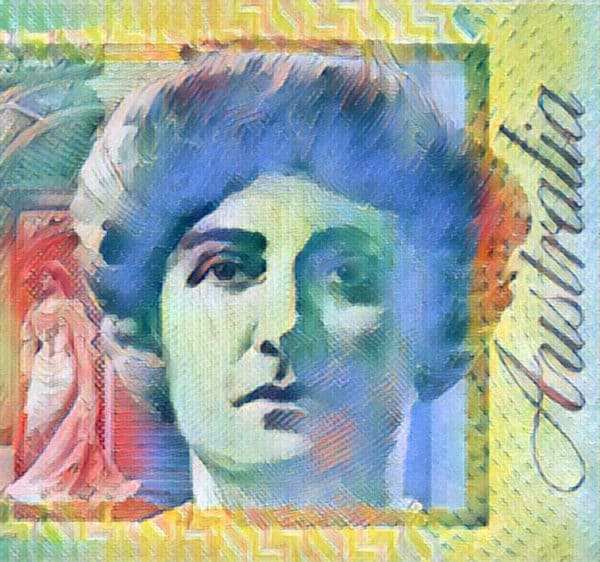 While the Reserve Bank of Australia (RBA) is conducting research into various applications of cryptocurrencies and distributed ledger technologies, they are under no pressure to quickly roll out solutions to address clear needs in the marketplace, a representative said earlier today.

Speaking to the Australian Corporate Treasury Association, head of payments policy Tony Richards, shared his thoughts on what if any roles crypto, stablecoins, and central bank digital currencies could play in the marketplace in the years ahead. He said the growth of this sector has generated the most discussion of any topic the Reserve Bank of Australia has seen in his decade with the organization.

Don’t Believe (Some of ) the Hype

The crypto-based ecosystem is beginning to evolve, Richards said. A range of investors see a role for crypto in their portfolios, and crypto-based versions of various common financial products are beginning to be launched. Yet at the same time many investors are wary, especially as they see low- or no-function cryptos like Dogecoin and Shiba Inu generate multi-billion-dollar market caps. 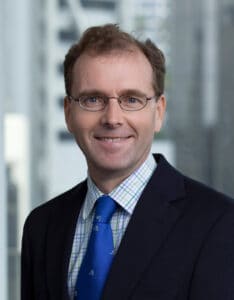 While Richards acknowledges crypto’s growing popularity, he implies that over zealous proponents are hurting the overall sector by making suspect claims.

“I must say that I find these statistics somewhat implausible. I cannot help thinking that the online surveys they are based on might be unrepresentative of the population.”

The Reserve Bank of Australia regularly conducts research into all sorts of topics, and knows some of the pitfalls surveys are subject to, he said. Older adults and those living in remote areas are hard to capture in results.

“Our experience is that it takes a lot of work to do a really good survey of the population,” Richards observed. “So while it is hard to point to any firmer evidence on cryptocurrency holdings by Australians, some of the estimates out there are extremely surprising and may be symptomatic of the significant amount of hype and misinformation in this area.”

The term “cryptocurrency” is a bit of a misnomer, Richards suggested. He said the consensus is they do not have the key aspects of money including lack of use as a payment means and unit of account, along with high volatility (some countries’ experiences with their currencies could challenge that).

He then delineated between three broad types of stablecoins, beginning with most on the market today, such as Tether. They bridge fiat and crypto, and can be used for payment or transaction settlement when cryptocurrencies are involved. Others use them as value stores for people who do not wish to exit from the DLT system.

Some large investment banks are proposing different types of stablecoins to be used for mainstream and corporate use like treasury and cross-border payments. They could be backed by central bank deposits.

“Third, the proposed Facebook-led stablecoin, Diem, is an example of a stablecoin that would be aimed at retail use,”  Richards said. “For households or merchants using Diem coins in everyday transfers and payments, the system would have many of the attributes of a stored-value facility or ‘e-money’, and the particular ledger technology behind it would probably not be important to users.”

When comparing cryptocurrencies, stablecoins, and CBDCs, remember two important points, Richards advised. The first is backing and denomination, with cryptos having their own denomination and no backing, to stablecoins, which are typically fiat-denominated, and CBDC, which are denominated in fiat and fully redeemable at par into other forms of money.

Governance and technology between the forms are quite different, he said. CBDCs have centralized governance arrangements, while cryptos prefer some type of consensus. Cryptos tend to have people competing to verify transactions while CBDCs and stablecoins would likely rely on a few trusted entities.

Richards also wonders about the future role of decentralized finance. He sees use cases for multiple instances of a ledger over centralized ones, along with improvements over legacy business practices.

“Plus, I wonder if there will be as much of a shift to peer-to-peer transactions as seems to be envisaged by some DeFi proponents,” Richards said. “For example, when Australians hold cryptocurrencies they usually do it through an intermediary, via a hosted or custodial wallet. They typically don’t do it via unhosted or self-custodial wallets, where if they lose their private keys they have lost their funds forever. So I suspect there will still be a significant role for some form of intermediaries, even in a world where finance is more decentralized than it is currently.”

Should tokenization of financial assets become popular, Richards believes they will need to be settled by highly stable and riskless currencies like fiat, CBDCs or safe stablecoins issued by regulated entities. Participants will also expect clear and final transaction settlement, so verification processes like proof of work are problematic.

“In permissioned networks involving trusted parties, as would likely be the case for CBDCs or regulated stablecoins, it should be feasible to come up with much more efficient consensus mechanisms, matching the safety and certainty of existing delivery-versus-payment (DVP) processes in the non-tokenized world,” Richards said. “This could ensure that large institutions will have confidence in buying and selling tokenized assets. More broadly, I think it is likely that a world making greater use of DLTs, smart contracts, etc will still find a significant role for some degree of centralized systems and decision-making.”

That would lead to a strong regulatory framework for stablecoins issued by highly rated entities and central banks offering CBDCs. They would definitely be denominated in fiat, be safer than existing stablecoins, and have a faster settlement.

Should global policies result in new stablecoins and CBDCs, existing cryptocurrencies might at best have a few limited uses, Richards suggested. Echoing previous comments by Mark Carney, Richards said that when one adds in the open-source, widely available, and easily copied nature of the code backing such cryptos, they are unlikely to hold their value.

Richards said that no high-income economies have decided to issue a CBDC, though Sweden and the EU are seriously considering it. Recent comments by Fed officials suggest the United States is further away. Count the Reserve Bank of Australia more in the American camp.

“Reserve bank staff have also not been convinced to date that a strong policy case has emerged in Australia for a CBDC,” Richards said. “The primary reason has been that Australia’s existing electronic payments system already provides households and businesses with a wide range of safe, convenient and low-cost payment services. The New Payments Platform (NPP) was a major upgrade to the payments system, allowing real-time, data-rich, easily addressed account-to-account payments that can be made on a 24/7 basis.

“The capability of the NPP has been highlighted in the past few months with its use to deliver more than 19 million COVID support payments, providing immediate value and mostly on weekends. Looking ahead, the NPP will be used to deliver incoming cross-border payments and could potentially be linked up with other fast payment systems to enable instant cross-border payments. More broadly, much (if not all) of the innovation and new functionality that could potentially be enabled by a CBDC could in principle also be enabled by innovation based around commercial bank deposit accounts, e-money or stablecoins.”

Yet, the Reserve Bank of Australia acknowledges some type of CBDC could contribute to the effectiveness of recent improvements in payment systems, Richards said. They could inspire confidence in national monies and their central role in economic systems.

“In addition, there appears to be growing recognition that the network effects inherent in payments could result in large (walled-garden) technology companies or payment schemes coming to dominate the payments industry,” Richards said. “So there could be potential benefits arising from central banks issuing general-purpose CBDCs that might be used by different types of entities, including non-bank payment providers, to offer transfers between digital wallets of households and merchants. By introducing CBDCs, central banks would not be getting into the retail payments business, but they would be providing a riskless and interoperable form of digital money that could potentially stimulate competition between different private-sector service providers.”

The RBA has been preparing in case CBDCs become more prevalent by engaging in research. They are working with the new Digital Finance Cooperative Research Centre on opportunities arising from asset digitization. In 2019 the Reserve Bank of Australia developed a proof-of-concept of a DLT-based interbank payment system using a tokenized form of CBDC backed by exchange settlement account balances held at the bank. Project Atom incorporates a tokenized financial asset in the form of a tokenized syndicated loan. Project Dunbar aims to develop prototype shared platforms for cross-border transactions using CBDCs of many different jurisdictions.

“Such platforms could allow financial institutions to transact directly with each other in CBDCs, eliminating the need for intermediaries and potentially improving the speed, cost and transparency of wholesale cross-border transactions,” Richards said.

While so far there has been little activity in Australian dollar stablecoins, Richards said the possibility of them being used to settle tokenized asset transactions, or even the development of large retail-focused stablecoins means it is important to develop suitable regulations.

“The bank and other members of the Council of Financial Regulators (CFR), together with AUSTRAC and the ACCC, are involved in a working group that is examining the appropriate regulatory framework for crypto-assets, including stablecoins,” Richards said. “This work builds on the CFR’s earlier work on the regulation of stored-value facilities in Australia, including possible digital wallets using stablecoins.”

“The CFR agencies have also been engaging with their international counterparts on the regulatory issues surrounding stablecoins, and the potential risks to the financial system, especially from stablecoins that have the potential to scale rapidly and become widely used in a number of countries (so-called ‘global stablecoins’).”