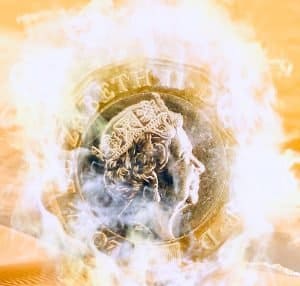 Research from online pension provider, PensionBee, reveals that nearly a third of savers (32%) think that it doesn’t matter whether they notify their pension provider(s) of a change of address, as they will still have a way to contact them.

This belief may be quite detrimental to pension savers as around £64 billion in pension savings might be lost track of – all because of out of date contact information, the PensionBee team notes in a blog post.

Moving house and changing jobs are “the most common reasons that savers lose track of their pension(s) – either forgetting to update their contact details with their provider or losing their providers’ details themselves,” the PensionBee team writes in their blog post.

The company also noted that the COVID-19 outbreak has resulted in “a flurry of house move activity, with droves of city dwellers looking to move to rural regions in the pursuit of more space, free from the ties of office working.”

“Of the respondents surveyed by PensionBee, 40% shared that they had either moved since the pandemic, or were planning to move in the next year. More than half of respondents (67%) reported that their home move had been influenced by the pandemic, citing reasons such as having more time to act on a move, wanting to be closer to loved ones or changes in their financial situation.”

Nearly 70% of respondents said that they still receive annual paper statements via post. Despite this continued dependence on paper correspondence, “only 37% of respondents revealed they had updated their address with their pension provider(s) in advance of moving, with 28% planning to update their contact details once their move was complete.”

The company further noted that overall, most of the respondents (67%) “agreed that by not updating their provider(s) of a change of address, they run the risk of losing track of their pension savings. This was felt by the majority of women (66%), compared to only 34% of men.” Additional risks include “delayed withdrawals and investments, records being lost due to mergers of pension providers, and fraud with consumer information being sent to an old address.”

“It’s extremely shocking and concerning to see just how much UK savers risk losing track of in pension savings. As house moves are increasingly popular at the moment, it’s never been more important for savers to ensure that their providers have up-to-date contact details. Losing track of hard-earned savings can have a significant impact in later life, and could see millions of people working for far longer than they would otherwise need to, before they can afford to comfortably retire.”

“Pensions are a long-term investment so changes in personal details are expected over the years. All providers need to offer digital solutions so savers can easily update their personal information and manage their savings in a few clicks, instead of relying on the outdated practices of the past.”