According to a note from Folk2Folk, British Business Investments aims to increase the supply and diversity of finance for smaller businesses across the UK, by boosting the lending capacity of a range of finance providers, including peer to peer and marketplace lenders. Folk2Folk is a regional lender with physical offices that supports British SMEs. Since 2013,  Folk2Folk has originated £488 million of financing into regional smaller businesses. 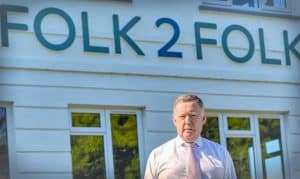 “We are rapidly approaching half a billion in lending and the addition of British Business Investments as an institutional investor alongside our existing investor base, expands our funding lines and bolsters our position on the financial frontline of support for regional SMEs. FOLK2FOLK takes a human approach to lending and reviews every case on its own merits. By taking a holistic approach, we’re able to see the bigger picture, and will also consider projection-led proposals.”

Judith Hartley, CEO of British Business Investments, said they are delighted to announce its £7 million that will support the funding of regional and rural smaller businesses.

“This commitment to Folk2Folk will help these types of businesses, throughout the UK, to access the finance they need to grow and prosper.”

Louis Mathers, co-founder & Director of Folk2Folk explained that by focusing on rural and regional businesses, they serve an extremely viable but underserved part of the SME landscape.

“Too often, investments overlook businesses operating outside of large urban areas. We founded FOLK2FOLK on the belief that something needed to be done about this regional disparity in funding. We felt a greater connectedness was needed between investors and regional Britain, and FOLK2FOLK was founded in early 2013 to be a mechanism to enable this. Together with our investors, we are helping to level the playing field for regional businesses.”