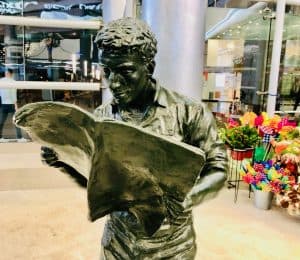 OurCrowd, a global online investment platform, has released its OurCrowd High-Tech Jobs Index Q3 2021. According to the index that measures job demand, openings at OurCrowd portfolio companies jumped by 244% year over year. But following this period of robust growth, many early-stage firms anticipate a slow down in 2022 with some expecting to scale back on new hires – a concerning prediction.

Laly David, OurCrowd Partner and Head of Business Development, says it is encouraging to see startups hiring at such a pace:

“As we see this trend taking hold, those same companies are also content in letting staff members from the periphery work from home, saving them the long commute to the office and increasing their overall productivity. The tech industry is leading the way to what might lead to a permanent change in the employment landscape in Israel.”

In the survey, 65% of OurCrowd startups said they had hired more aggressively in this past quarter, but the same proportion say they will scale back their hiring to key positions only in 2022.
During Q3 2021, an average of 47 new vacancies were added every day compared to 31 each day during the previous quarter, a 52% jump.

OurCrowd states that software engineering remains the most in-demand skill with 20% of current openings seeking this skill.

Business development is in second place with 13% and Operations in third with 11%.

As has been widely reported, the Covid-19 health crisis has left a lasting impact on the workplace. The trend of hybrid or virtual arrangements looks like a permanent fixture with 84% of OurCrowd companies surveyed saying their employees are partially working from home. The overwhelming majority, 81%, expect that to continue in 2022.

OurCrowd states that remote work is also opening doors for candidates living further from the company’s base. In Israel, this means they are hiring more staff from beyond the main high-tech corridor between Jerusalem, Tel Aviv and Haifa. While this may be good for workers and lowering the cost of overhead, 43% of companies surveyed say their plans to physically expand their business, such as adding office space, or storage facilities, had been impacted.

OurCrowd will hold its first virtual job fair in January in partnership with Nefesh B’Nefesh and TLV Internationals.