Telos has announced that Telos Kitchen DAO LLC has purchased 35.84 acres in Laramie River Ranch, Wyoming with block rewards received from the network.

Telos is a decentralized blockchain. Telos Kitchen is a block producer on the Telos blockchain.

The property was purchased with tokens due to the new legal ‘Decentralized Autonomous Organization Amendment,” according to a statement from the company.

Telos explains that the purchase is an example of how blockchain can help commercial real estate transactions become more transparent and efficient. 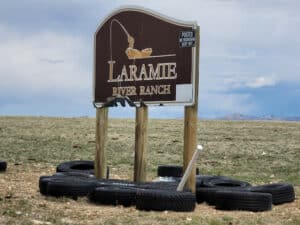 , LLC is blazing a new trail for American businesses to showcase how this new type of legal entity combined with Telos Decide DAO governance tools can create a real-world-ready structure for operating the ownership and management of real estate or any kind of assets. This will be viewed in the future as a watershed moment in the transformation of business to blockchain-supported models. This is an incredibly exciting time for Web3 and I expect it will soon explode into broad usage on Telos.”

Possession of the token is said to act as the final settlement of ownership and will provide voting rights for equity members, acting as the Homeowners Association (HOA) on the blockchain.

Telos DAO LLC is said to have contracted Hancock Security, LLC, a Wyoming company to provide transactional ledger maintenance for records and mappings of all activities going forward.