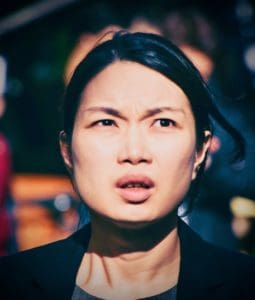 New research from online pension provider PensionBee has found 88 per cent of Brits don’t feel confident about the key agreements that arose from COP26.

In the weeks since the UK hosted world leaders for the 26th United Nations Climate Change Conference (COP26), PensionBee discovered just 11% of Brits feel the world is moving in a good direction, compared to 45 per cent who believe although the outcomes of the conference are good, they don’t go far enough. More than one in five savers (22 per cent) report being unhappy with the results of COP26, while a further 22 per cent feel the world’s governments won’t solve climate change.

In contrast, when asked about the power of investments to significantly cut carbon emissions, 72 per cent of Brits expressed an interest in learning more or already believed it could drive real change. On average, a UK pension pot finances 23 tonnes of CO2 emissions through the businesses it invests in, and millions of UK savers may unknowingly be invested in high carbon emitters, by virtue of being in their default workplace scheme, as more than 95 per cent of savers are.

Despite 26 per cent of respondents revealing they are likely or very likely to switch to a green pension to reduce their emissions, only one per cent of UK consumers report being currently invested in a green pension. Top barriers to switching include a belief individuals don’t have a choice because their employers pick their plan (28 per cent), not knowing how to switch as their pension feels very complex (13 per cent), and believing they’ve not saved enough for their pension investments to matter (12 per cent).

These views highlight the importance of savers’ considering consolidating their workplace pensions into a fund that aligns with their vision for the future when they move jobs. It also reinforces the need for the pensions industry to provide digital solutions that enable savers to see how much they have saved and manage their pots simply.

“Our research highlights that most savers across the UK have little faith in the key agreements made by politicians at COP26, and instead believe in the power of their investments to decrease carbon emissions,” PensionBee chief engagement officer Clare Reilly said. “Since its launch last year, PensionBee’s Fossil Fuel Free Plan has attracted many new people to responsible investing.

“As evidenced in our recent survey, the plan has not only succeeded in engaging a mainstream audience in an important debate but also in widening participation for more people to use their pensions to address the climate crisis. Every workplace should provide easy access to a simple green pension to engage their employees with saving, whilst helping them reduce their carbon emissions.”