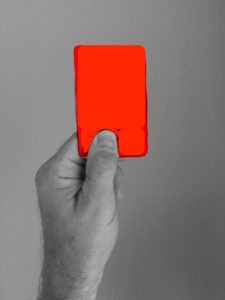 British bank NatWest has reportedly been fined £264.8 million (appr. $354.30 million) on Monday (December 14, 2021) for failing to comply with appropriate money laundering regulations in a case that marked the first time that the United Kingdom’s financial regulators pursued criminal charges for these types of violations.

The fine has been handed down at Southwark Crown Court in London. NatWest, the partially state-owned bank previously known as the Royal Bank of Scotland, had pleaded guilty on October 7, 2021, to charges related to deposits that were made by a jewelry business between 2012 and 2016.

During the course of the relationship, the customer had reportedly deposited a sum of £365 million with the bank, around £264 million of the funds in cash, the UK’s Financial Conduct Authority (FCA) confirmed in a statement.

While some NatWest employees reported suspicions regarding the transactions, the banking institution allegedly failed to take the necessary measures or actions, the regulatory agency noted.

“NatWest is responsible for a catalogue of failures in the way it monitored and scrutinized transactions that were self-evidently suspicious. Combined with serious systems failures, like the treatment of cash deposits as checks, these failures created an open door for money laundering.”

The offenses related to operational weaknesses between 2012 and 2016, and “involved Fowler Oldfield, a jeweler in Bradford, England,” according to a release.

The case notably represented the first time the Financial Conduct Authority has pushed through a criminal prosecution related to money-laundering regulations introduced back in 2007. No individuals have been charged as part of these proceedings, the announcement revealed.

“We deeply regret that we failed to adequately monitor one of our customers between 2012 and 2016 for the purpose of preventing money laundering. While today’s hearing brings an end to this case, we will continue to invest significant resources in the ongoing fight against financial crime.”