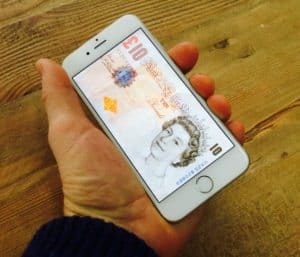 As an innovative market participant specializing in merchant dispute prevention and resolution, Verifi first introduced RDR locally in early 2020, giving merchants the option to “reduce the expensive and lengthy dispute resolution time by issuing a proactive customer refund in accordance with bespoke rule criteria set by the merchant.”

In October of this year, Verifi’s dispute resolution coverage “expanded to 71% of all global issuers, empowering merchants to use a single cross-border solution throughout all regions with the exception of Asia Pacific, Latin America-Caribbean, and Canada; which are set to grow in the near future.”

The rise of virtual payments has led to “a sharp increase in dispute volumes across the payments space,” the update revealed.

From 2019 to 2021, transaction disputes “increased at a rate of 24%, outpacing the steady growth of digital transactions as a whole.”

Verifi’s RDR solution gives merchants “more power than ever before to control their dispute ratios across the global marketplace by allowing them to resolve the pre-dispute before it can become a dispute and count against their dispute-to-sales ratios,” the announcement added.

The overall reduction of disputes “benefits the whole payments ecosystem by reducing costs and labor associated with the traditional dispute flow,” the announcement noted while adding that consumers benefit from “quicker receipt of credit and a better overall experience from the merchant.”

As of November 2021, Verifi merchants have “accepted and effectively resolved over 500,000 disputes using the Rapid Dispute Resolution solution, totaling close to $20 Million,” the update revealed.

Note that you can get the details of “how Rapid Dispute Resolution came to be, learnings Verifi gained along the way, and greater details about what expansion could mean for the ecosystem by viewing [a] recorded webinar, Resolution Without Borders.”