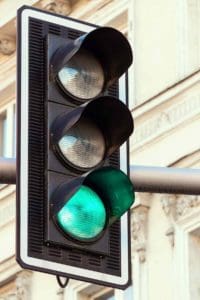 HUMAN Protocol announced the complete launch of the HUMAN App: a web-based software application that demonstrates how work “published to the Protocol can be accessed and completed by distributed workforces.”

As mentioned in a release, the HUMAN App acts as a gateway to work processed on the Protocol.

Users access it to “complete data-labeling tasks, and earn HMT for each task successfully completed,” the update explained.

It is not “only a functional product, but also a complete open-source implementation that lets teams building on HUMAN quickly create their own solutions,” the announcement noted.

The App’s beta period registered more than 200,000 users, which will now “automatically migrate to the launch version,” the release confirmed.

“The HUMAN App showcases what is possible through HUMAN Protocol: hundreds of thousands of users all completing work on the same network via a simple interface that serves as an access point to the permissionless job markets the Protocol enables. We’re thrilled with the success of the beta version and our community’s interest in it, and are excited to deliver this major milestone.”

The HUMAN App runs on the Ethereum (ETH) and Polygon (POLY) networks, with work in progress “to support other major chains,” the update revealed.

Withdrawals are processed via the Polygon network, and users are “required to enter a Matic wallet address to withdraw their earned currencies,” the announcement added.

Only verified accounts can carry out withdrawals, the update clarified while noting that users may verify their account – and identity – via Civic, which is a third-party ID solution that, once set up, can “be linked to a user’s HUMAN App account by following the on-screen prompts,” the update explained.

“We want to illustrate the extent of HUMAN Protocol’s capabilities. Imagine any use case that requires the crowdsourced, incentivized input of millions, democratically and transparently requested, verified, and recorded. This is the beginning of that. What we’ve already made possible in the machine learning labeling market we can realize elsewhere, and add to the variety and value of tasks on the network.”

More tasks, encompassing a wider range of requirements, will be “added to the App over time, beginning early in 2021.”

The announcement also mentioned that the HUMAN App reference implementation is being improved to allow users to “manage their reputation, set job preferences, and detail their qualifications and background.”

Projects interested in the open-source tech behind the HUMAN App can visit the GitHub page.