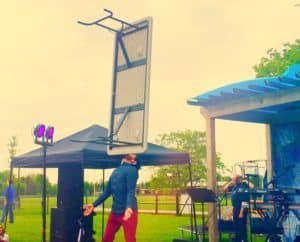 Scalability has been the “hottest topic” in the crypto space during the past few years, the team at Qtum notes in a recent update.

Qtum‘s developers write in a blog post that they have seen several projects “adopt a centralized stance just to speed up their overall throughput.” The developers question whether this is “really the best way to move forward?”

Qtum points out that both scalability and decentralization may be achieved (together, without sacrificing any one feature or characteristic/attribute).

Going on to analyze this from Bitcoin’s perspective, Qtum points out that Satoshi Nakamoto (the inventor of BTC) “wanted to emphasize decentralization and security, which is why they used the Proof-of-Work (PoW) algorithm.” But Bitcoin’s throughput is “painfully low due to this decision, with 7 transactions per second.”

Meanwhile, the Visa Network has “good security and manages more than 65,000 transactions per second,” the team at Qtum noted while adding that this may be because Visa is “a centralized network.”

Qtum goes on to question how other fast blockchain platforms are implemented. They noted “What about 3rd generation blockchain platforms that can allegedly process about 4,000 transactions per second?” According to Qtum, they might “not [be] the most decentralized solutions.” They “inevitably use a consensus algorithm that uses a form of delegation,” the team at Qtum explained.

“Bitcoin has typically a throughput of 7–10 transactions per second which is very low. Suppose you want to send BTC to your friend. Your transaction will get queued up in a place called the mempool. The miners then pick up the transactions from the mempool and place them in their blocks. The moment that happens, your transactions go through.”

“Obviously, during high demand, the mempool tends to get pretty long. In these cases, if you are in a hurry, you can pay extra transaction fees to entice miners and speed up the process. Unfortunately, this bloats up the overall transaction fees, which don’t bode well for normal everyday users.”

Qtum also noted that developers “need their base layer to be fast enough to support their protocols.” Furthermore, for the overall space to evolve “with more complex protocols, it is absolutely essential to have a base layer that is fast and scalable enough actually to accommodate these protocols,” the team at Qtum explains.

“Qtum’s unique ability to adjust blockchain parameters without a hard fork allows scaling to occur as the situation requires. Qtum can handle up to ~1100 transactions per second at its base layer, making it almost 100 times more scalable than Bitcoin. On top of that, via Segregated Witness, Qtum can increase throughput by 60% via SegWit. Plus, keep in mind that Qtum has already implemented the Lightning Network — a layer-2 scaling solution — to control the cost of transactions.”

“However, with its 2021 Fastlane hard fork, Qtum showed every other protocol how to do a layer-1 protocol upgrade without damaging the core principles of decentralization.“

In 2021, Qtum went through a “fast lane” hard fork, “reducing the block spacing from 128 seconds to 32 seconds.” At the same time, to keep the circulating supply in control, the Qtum block reward was “cut down from 4 QTUM to 1 QTUM,” the developers confirmed.

“Prior to the hard fork., Qtum found out that their original network had an average orphan block rate of 3%. Orphan blocks are legitimate blocks that didn’t propagate through the network in time and hence didn’t get added to the chain. Post-fork, Qtum found out that after block space reduction to 32 seconds, the orphan block rate had risen to 20%. While the rate had indeed increased, this still wasn’t enough to cause a major orphan chain split. The longest orphan split chain length still remained 2 blocks.”