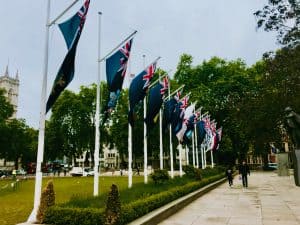 The team at UK Fintech LiveFlow notes that they are really excited to announce that they listed the LiveFlows Google Sheets Add-on on Quickbooks Marketplace.

LiveFlow has also shared a recap on some key milestones:‍

Each time you open your Google Sheet, the LiveFlow platform will “automatically refresh all of your reports, so your data is always up-to-date.” As explained in the update, you may “connect as many companies as you’d like, and have all their data refreshed in a click (you can even schedule refreshes to occur every hour so your clients see the latest numbers).”

While sharing other updates, LiveFlow noted that they have extended their catalogue of reports (Note: You can check here to view the reports they currently have.)

The LiveFlow team further revealed that they released a feature to “drill down into your reports.”

The company explained that this allows you to “drill into your financial reports directly in Google Sheets, as opposed to going back to QuickBooks every time.” And if you’re working with financial reports like Profit & Loss, Balance Sheet, Cash Flow, A/P, and A/R, then you’re going to find this to be quite useful.

As noted in the update, you can import large reports and formulas feature. The team also mentioned that reports with thousands of rows can be produced. And if you need to import a General Ledger or Detailed P&L report for a whole year, then they’ve got you covered as well.

“We’ve also released a new feature which automatically adds formulas into your P&L reports. Instead of seeing a plain number for gross profit on your P&L, you’ll now be able to see the formula which generated this number by clicking the setting icon and enabling formulas.”