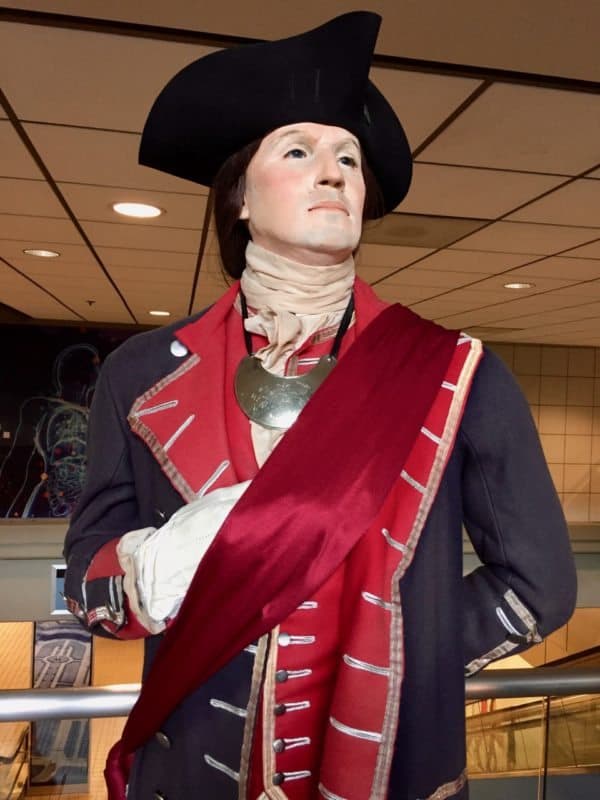 Obviously, we will never know as during Washington’s day, technology was quite limited and currency quite physical. But Berlau is of the opinion that “Washington, as a fellow who kept detailed ledgers and used invisible ink, would [have been] fascinated by the encrypted ledgers at the core of cryptocurrency and its associated blockchain technology, both of which promise new levels of privacy and efficiency in transactions.”

Washington, born in 1732, in a world long before digital anything, was a champion of innovation, and entrepreneur –  not just a wealthy landowner and politician. Berlau believes that Washington would have recognized “three familiar properties” in cryptocurrency, including encryption, ledgers, and privately-issued currency.

Around the time of the Revolution, there were over 1000 private banks that printed and circulated their own paper currency under state charters. State Bank Notes were said to number over 7000 at one time.

“Who is allowed to issue money in the United States? The founding fathers made it clear that the power to create money would not be taken lightly. Their experiences with money and inflation during the Revolutionary War made them wary of paper money and conscious of the power wielded by those authorized to create it. They gave Congress the right to issue money and forbade the states from doing so. But the federal government isn’t the only entity that has, in practice, issued money. Private citizens and private companies have, too.

In the 1800s, for example, much of the country’s paper currency consisted of notes issued by private banks. Nowadays, commercial banks don’t print their own notes, but they create money just the same—in the form of checking accounts. People and companies other than banks have also occasionally seen the need to create their own forms of money.”

The Fed adds that “private money” described as money issued by individuals or companies may be viewed as an “innovation that arises to fill a void left by the federally provided money of the day.”

Berlau explains that cryptocurrency “adds an electronic dimension to the privately issued currency and tokens that have existed through much of world history, as various items took on the role of money without government playing much, if any, role.”

So it is not much of a stretch to believe that if crypto was available several hundred years ago, George Washington would have likely seen “cryptocurrency as an innovative and beneficial extension of the private money.”

Berlau ends his thoughts on Washington and crypto with a quote by P.J. O’Rourke, the famous writer and pundit who suffered no fools and understood the limitations of a central government and its tendency towards overreach:

“I am much more worried about government abusing its police powers than I am about individuals abusing their purchasing powers. So that’s the case in favor of cryptocurrency.”